December is now in full swing, which means one of South Dakota’s largest youth basketball organizations is off and running. A few years ago, the Sioux Falls Skyforce and local YMCA officially teamed up to create the Jr. Skyforce Basketball League, which now features over 1,700 players from Sioux Falls and the surrounding areas. 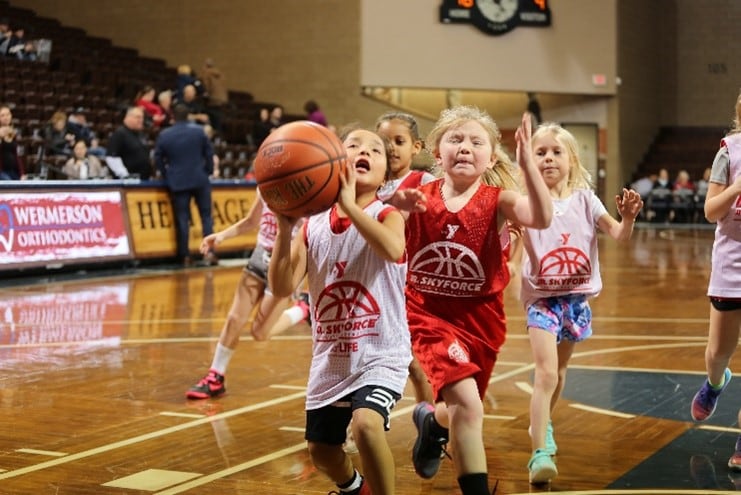 “Being a part of the Jr. Skyforce Basketball league has been such a great way for our son to stay active throughout the winter months,” said Jamie, a parent in Sioux Falls. “He’s learned so much about being a team player, and he’s having a great time improving on his basketball skills as well.”

Initial health-related concerns were quickly squashed, as players and families turned out in droves to register for the 2020-21 Jr. Skyforce Basketball season. The league has become a staple for youth in the Sioux Falls community, using the sport of basketball to meet kids and their families where they are at, giving them something to rally around.

“We love the atmosphere of the games and getting to see the coach’s positive influence on our kids,” Jamie continued. “Our son has already made so much progress in his first year of playing and we jumped at the opportunity to come back for year two.” 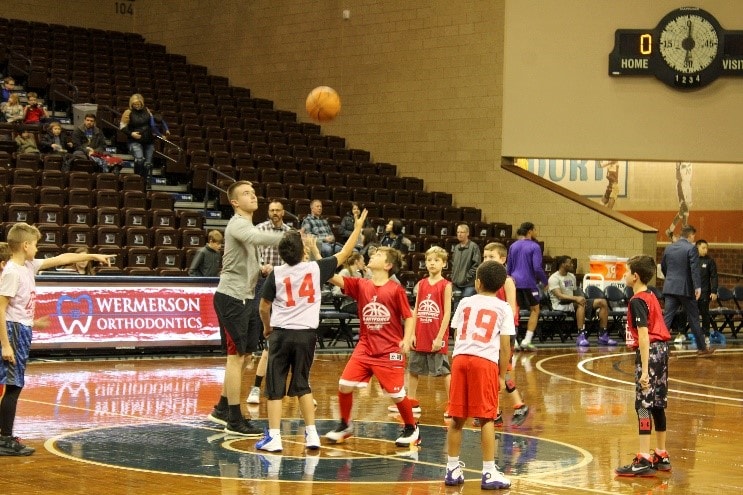 In a normal year, as part of the Skyforce partnership with the YMCA, all Jr. Skyforce Basketball League players are given the opportunity to play at least one game in a Court of Dreams matchup at the Sanford Pentagon, usually featured on Saturdays prior to Skyforce home games. In addition, each player is offered free tickets to a Skyforce home game over the course of the season, and families all over Sioux Falls receive a parent/sibling discount. From partaking in on-court promotions, pre-game fan tunnels, primetime games and more, Jr. Skyforce Basketball players and their families are intertwined in some capacity with nearly every Skyforce home game throughout each season.

This year, however, has presented opportunities for new and creative ways to recognize some of the outstanding youth participating in the league. One of those new recognitions is the creation of the Youth Basketball Player of the Week campaign, which honors one nominated boy or girl from across all age groups each week. So far, two have been deservedly chosen in Brody (3rd grade) and Norah (4th grade) with many more to follow.

Congrats to our Youth Basketball Player of the Week 👏

Brody loves to compete and constantly strives to improve his game. Both at practice and during games, Brody's positive attitude and encouraging nature make him a joy to play with and coach. pic.twitter.com/iKGluMuhcv

Let’s give it up for our Youth Basketball Player of the Week… Norah! 👏

“Basketball is my life” is what Norah tells her dad/coach 🏀 She is always working to get better by watching basketball videos or shooting hoops on the garage hoop her dad set up! pic.twitter.com/2sKVXTj2Xj

While the Skyforce organization awaits to safely return to the court itself, it lives vicariously through the youth of the Sioux Falls community who are attacking the new season of competition whole heartedly. This year’s version of the Jr. Skyforce Basketball League is still just getting started. Stay tuned for more updates on some of the best young athletes Sioux Falls has to offer.