In a normal year, NBA two-way players are just as much a part of the Sioux Falls Skyforce as they are with the Miami HEAT. On some occasions, these prospects have spent even more time in Sioux Falls than they have in Miami. It’s all part of the learning curve for young talent.

This year, that’s not the case.

Two-way contract players are even more important amid the pandemic, and the Heat is showing why with Gabe Vincent and Max Strus https://t.co/afoZ3r9jHk Also, Kendrick Nunn on his testing delay and a look at the Heat’s recent improvement in limiting turnovers

HEAT two-way players Gabe Vincent and Max Strus have been thrown into the fire in a year that has been anything but normal. Both have appeared in double-digit games this year, and Vincent has started five contests so far this season for Miami.

With injuries, health and safety protocols and COVID-19 factors all playing a part in potential missed games for players this season, everyone on the HEAT roster must be ready at any moment. Vincent and Strus are no exception.

While we’d normally be taking a look at the massive impact these two players would have in a Skyforce uniform, this year we’re diving in to take a look at what each of these guys are bringing to the HEAT on a nightly basis. 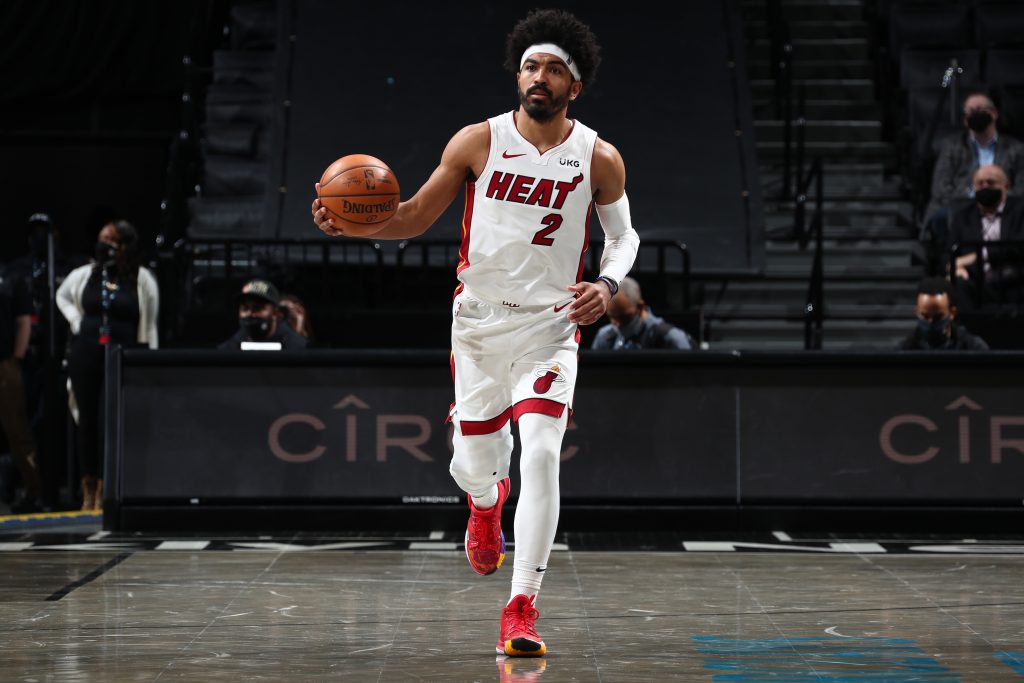 Previous two-way players such as Duncan Robinson and Derrick Jones Jr. have played their way into a full-time roster spot with the HEAT, but never before has Miami brought back a two-way player for a “second round” like they have with Gabe Vincent. After acquiring Vincent in early January of 2020, the HEAT wanted a longer look at last year’s NBA G League Most Improved Player, and he’s certainly getting his opportunities this year.

Vincent has appeared in 16 games (five starts) for the HEAT this season and has averaged 7.0 points, 1.6 assists and 1.3 rebounds in just over 17 minutes per contest.

Vincent got his first glimpse of playing time on December 30, 2020 against the Milwaukee Bucks, where he scored seven points in 15 minutes of action in an eventual HEAT win. From there, he was truly tossed into the fire. With an extremely short-handed roster due to player quarantines and injuries, Miami traveled to Philadelphia for a back-to-back set with just eight available players.

In that two-game set, Vincent averaged 22.5 points and 5.5 assists while converting on at least four three-pointers in over 35 minutes per contest. Both performances, however, resulted in HEAT losses.

Since then, Vincent has worked his way into the regular HEAT rotation, doing his best to take advantage of the spot minutes he receives on a now-nightly basis.

Gabe Vincent talks his versatility and drive to not be labeled as a one-dimensional player.

A season ago, Vincent appeared in 11 games with the Sioux Falls Skyforce after the HEAT plucked him out of the Stockton Kings organization. In those 11 games, the Skyforce were 9-2 while Vincent averaged 16.4 points per game (all off the bench). Though his scoring had decreased from his time in Stockton (20 games, 23.7 points per game) his impact on winning and his excellence in his role stayed the same. 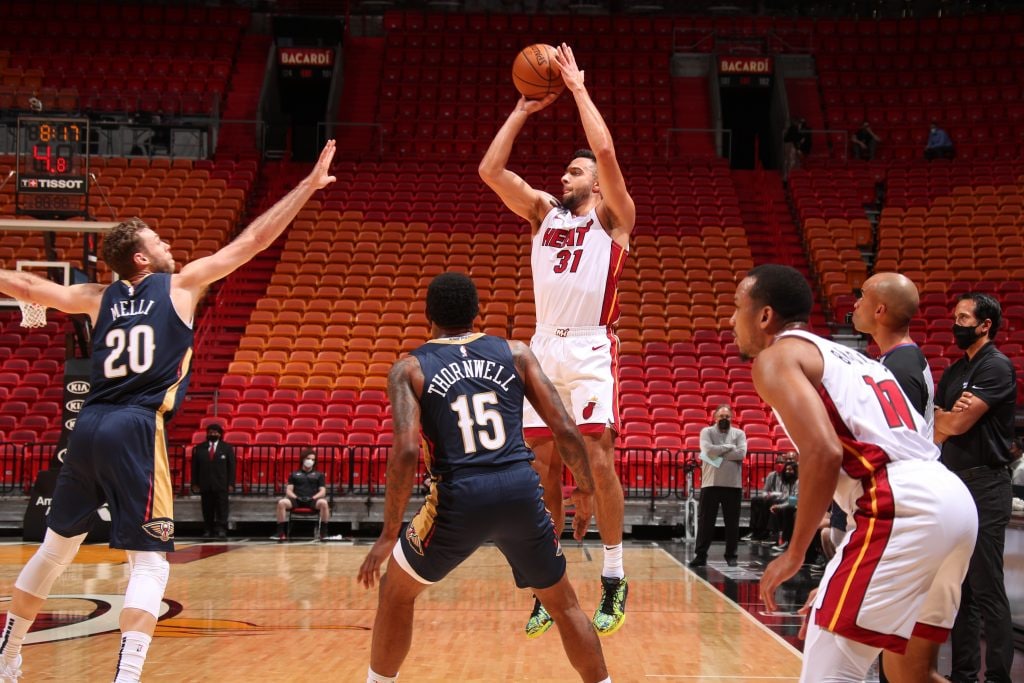 As they typically do, the HEAT held out on signing a second two-way player until the final moments prior to the 2020-21 regular season. Previously under two-way contract with the Chicago Bulls, the HEAT quickly scooped Max Strus up when he became available on November 30 and later converted him to a two-way contract on December 18, 2020 just days before opening day rosters were set for the season.

OFFICIAL: The Miami HEAT have converted the contract of guard/forward Max Strus to a two-way contract.

Strus, who appeared in just two games for the Bulls a year ago, has played in 14 contests for the HEAT this season. In total, he’s averaged 1.0 points and 1.2 rebounds in just under 15 minutes per contest.

Although his role has been somewhat limited, he’s shown the ability to step up when more responsibility has been thrown his way. This was most-recently highlighted by a career-high 21-point performance in a HEAT win over the Houston Rockets last Thursday. Strus connected on five-of-eight three-pointers in just over 25 minutes of action off the bench.

Max Strus has a career-high 19 PTS for the Heat off the bench 🔥 pic.twitter.com/ejp5iPnYnh

Strus has made at least one three-pointer in 10 of his 14 contests so far this season. The 6-5, 215-pound guard has good size for his position and has the ability to “fill it up” when given an opportunity, but in a year geared toward growth and improvement, will look to be a more consistent contributor for this year’s HEAT squad as we approach the half-way point of the season. One thing’s for sure… He’s not afraid of the moment.

Max Strus got UP on John Wall 😨 pic.twitter.com/cfZSBciTMg

In 13 games for the Windy City Bulls (12 starts) last season, Strus averaged 18.2 points, 5.7 rebounds and 3.2 assists per game prior to injury. A now-healthy Strus is getting his first taste of a full NBA season and is still only getting his feet wet early in his career.