This year’s Nigeria Men’s National Team roster has more ties to Sioux Falls than you might think. In fact, three of its current players have played for the Sioux Falls Skyforce within the last three years, and all are playing large roles in what has been an impressive exhibition run for D’Tigers in advance of the 2021 Olympics in Tokyo. Gabe Vincent (Nnamdi), KZ Okpala and Ike Nwamu have all left their mark with the Skyforce, and now will look to do so while representing their home country of Nigeria on the biggest international stage there is. 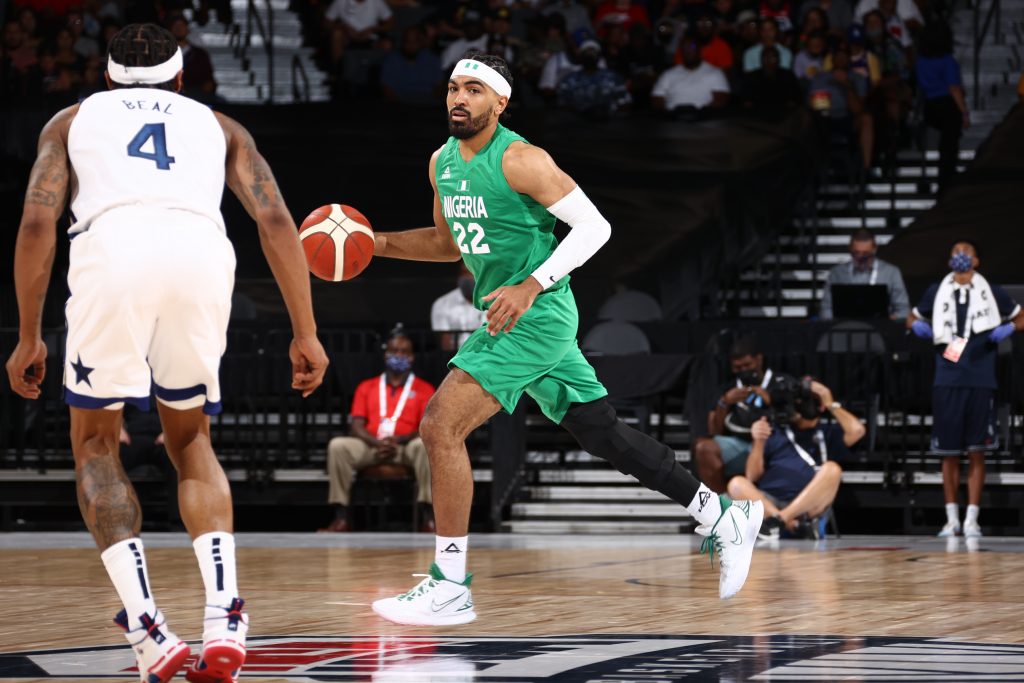 Gabe Vincent serves as one of the most lethal scorers on the D’Tigers roster this summer, highlighted by a 21-point, four-assist showing in just 19 minutes of Nigeria’s 90-87 upset victory over Team USA in exhibition play on July 10. The current Miami HEAT guard played out the 2020-21 season on a two-way contract with the club but was allowed a much greater role with the loosened two-way restrictions in the NBA this season.

Vincent’s only prior stint with Nigeria Basketball came in the 2019 FIBA World Cup, where he appeared in five games and averaged 12.0 points, 1.6 steals and 1.2 rebounds in just under 19 minutes per contest.

Vincent last played for the Skyforce during the 2019-20 season, signing as a two-way player with Miami on January 8, 2020. He went on to appear in 11 games for the Force, helping the team to a 9-2 record in that span and putting the organization in position to make its first playoff appearance since 2016. In total, Vincent averaged 16.4 points in just under 25 minutes per game (all off the bench) for the Force. Between his time in Stockton and Sioux Falls that season, Vincent averaged 21.1 points, 3.1 rebounds and 2.1 assists per contest on his way to earning the NBA G League’s Most Improved Player Award. 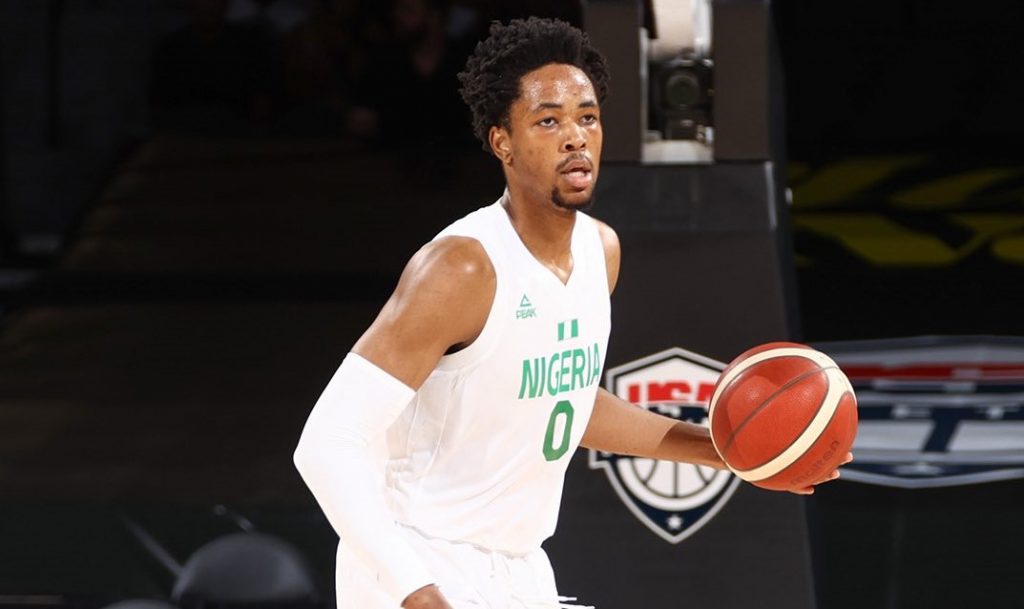 KZ Okpala is getting his first opportunity at international competition this summer with Nigeria, already earning high praise for his intangibles from Nigeria Head Coach Mike Brown. Okpala, who has been in the Miami HEAT development pipeline since being drafted in the second round of the 2019 NBA Draft, is taking full advantage of his opportunity to perform on a worldwide stage.

"KZ is a remarkable talent. He can be a defensive player of the year candidate…"

“KZ is a remarkable talent,” said Brown. “These are high expectations, but in the short time that I’ve had him, he can be a defensive player of the year type candidate once he figures some things out to get consistent minutes on the floor. His length, his athleticism, his size and strength…his want to play defense and be great at it is off the charts, and I’ve been around some very good defenders.”

Okpala played much of his rookie season on assignment with the Sioux Falls Skyforce in 2019-20, appearing in 20 games (20 starts) while averaging 11.7 points, 7.2 rebounds and 2.1 assists per contest. His growth throughout the year was evident, as he was finally starting to hit his stride on the offensive end of the floor prior to the COVID-19 lockdown.

“KZ, I’m excited that he’s here,” continued Brown. “We’re going to try to use him in a way that I think is a little unique. We’re going to use him similar to how we use Draymond Green a little bit in Golden State, where he’ll guard everybody at different times. His potential on that side of the ball is remarkable.” 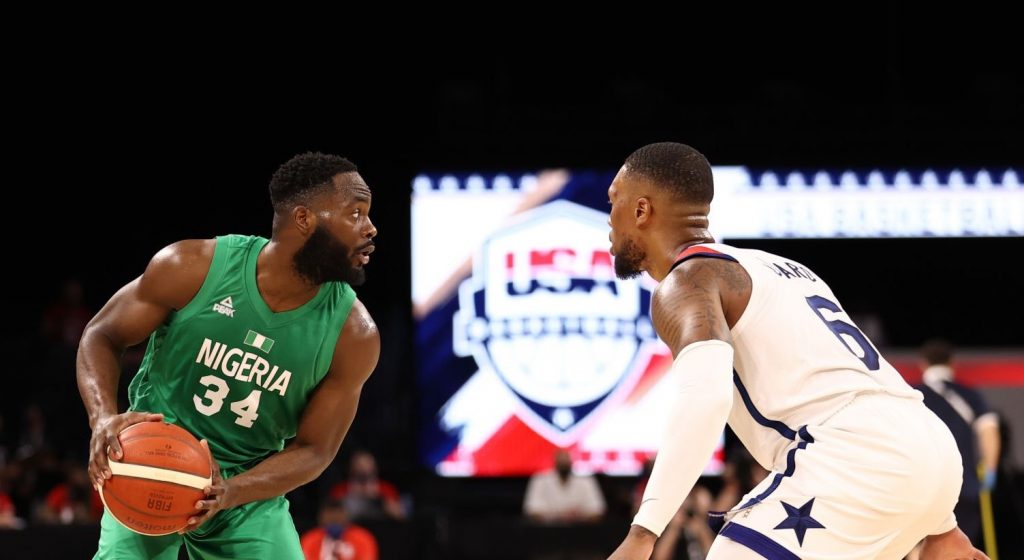 Ike Nwamu is the furthest removed of the three Skyforce alumni on the Nigeria roster this summer, last appearing for the Skyforce during the 2017-18 season. In total, he had appeared in 12 prior games with Nigeria before joining the national team this summer in advance of the Tokyo Olympics.

His resume with Nigeria Basketball includes a gold medal in the 2017 African World Cup Qualifiers and a silver medal in the 2017 FIBA AfroBasket. Most recently, Nwamu joined Nigeria for the 2020 AfroBasket qualifiers. In total, Nwamu has averaged 11.6 points, 2.2 rebounds and 1.9 assists in just under 26 minutes per game for D’Tigers.

Nwamu, who was originally a Skyforce first-round draft pick in the 2016 NBA G League Draft, put together two very successful seasons for the Force. He appeared in 94 games (44 starts) and averaged 11.8 points and 3.2 rebounds per contest. His efforts in Sioux Falls were highlighted by an excellent sophomore season in which he averaged 14.6 points, 3.3 rebounds and 2.3 assists per game while making a then-franchise record 144 three-pointers in a single season. Though he was surpassed by Duncan Robinson (157) the following year for the single-season record, Nwamu ranks fifth all-time in Skyforce franchise history with 227 career three-pointers made.