The end of September and beginning of October means one thing in the NBA world: the return of basketball.

All 30 teams in the Association are just starting their training camps across North America, whether that be in their home markets, or in a different country, like the Miami HEAT in Nassau, Bahamas.

This is a time for all 20 players on each NBA training camp roster to hone their skills, prove they still have it, or show that they've arrived.

18 former Skyforce players are currently on an NBA training camp roster (six with the Miami HEAT).

They, themselves, could field an NBA team of Skyforce alumni and have three players left over.

Talk about a pipeline from the 605 to the NBA. 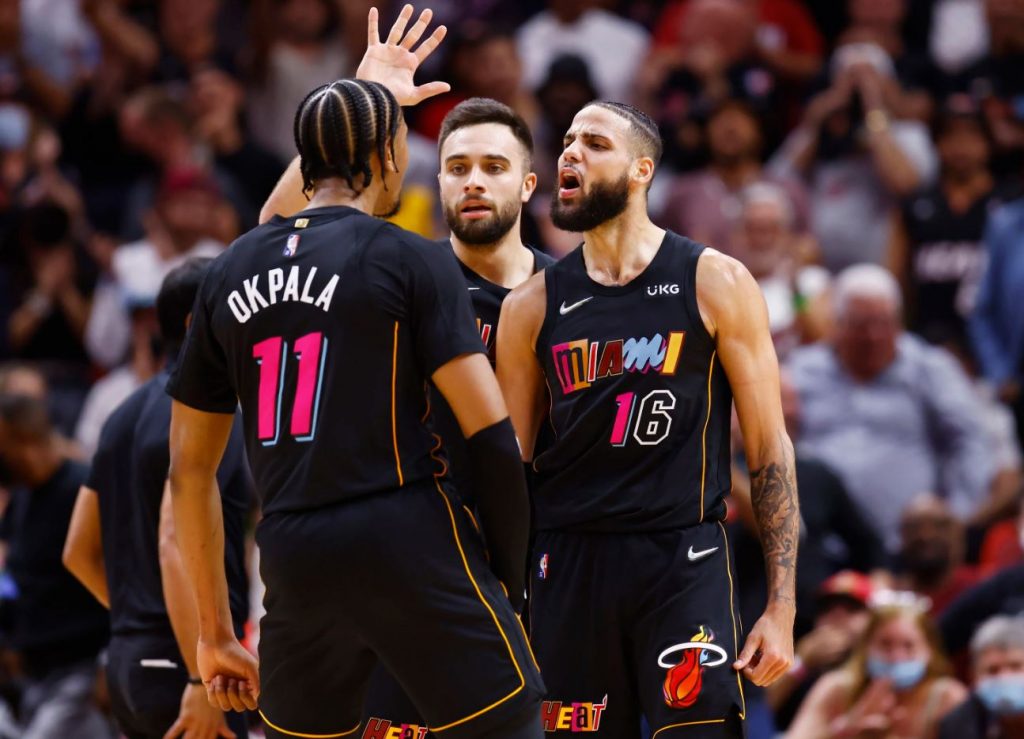 Strus and Martin are honorable mentions on this list because even though they were rostered with the Skyforce as two-way players, they both never joined the team.

That shows the impact they made on the HEAT, as two-way players usually spend time between Sioux Falls and Miami.

Martin signed a two-way contract with the HEAT on September 14, 2021 and played on that contract until February 15, 2022, when Miami converted his deal to a standard NBA contract.

Both former two-way players are fighting for a starting spot in training camp next to Jimmy Butler, Bam Adebayo and Kyle Lowry. 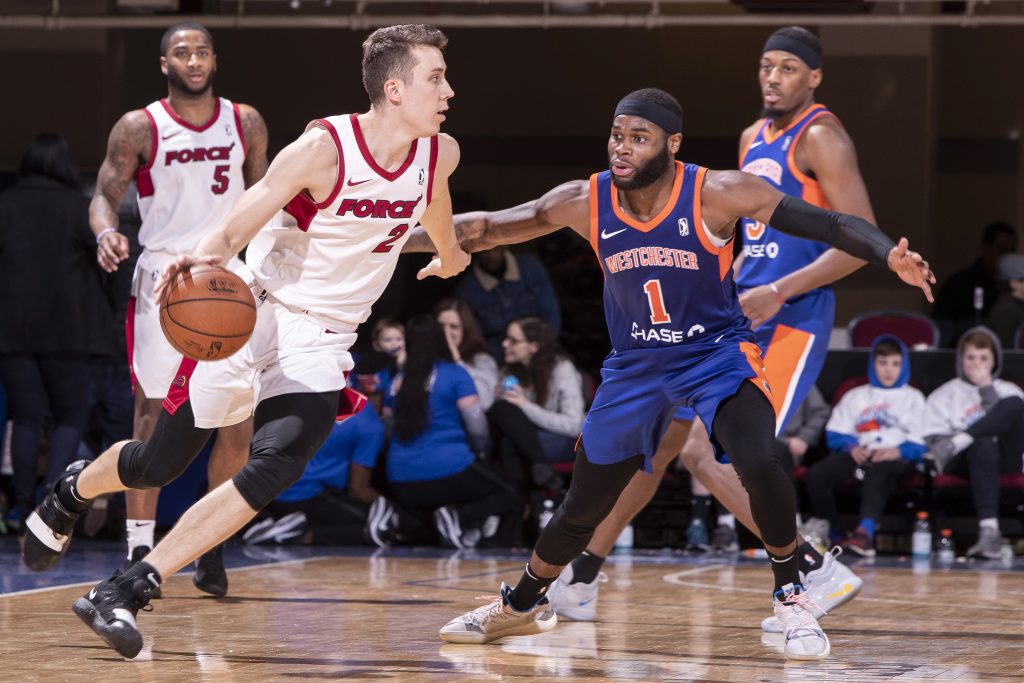 One of the most well-known G League stories of the last four years continues, as Robinson is embarking on the second year of a five-year extension with the HEAT.

Duncan lit the Sanford Pentagon up with his 48.3 three point shooting percent on 157-325 3PA, all while earning nods on the NBA G League All-Rookie First Team, All-NBA G League Third Team and a spot on the Midseason All-NBA G League Western Conference Team in 2018-19.

The Long Shot podcast host put in work in the offseason, and like Strus and Martin, is also in the conversation for a starting spot with the HEAT this season. 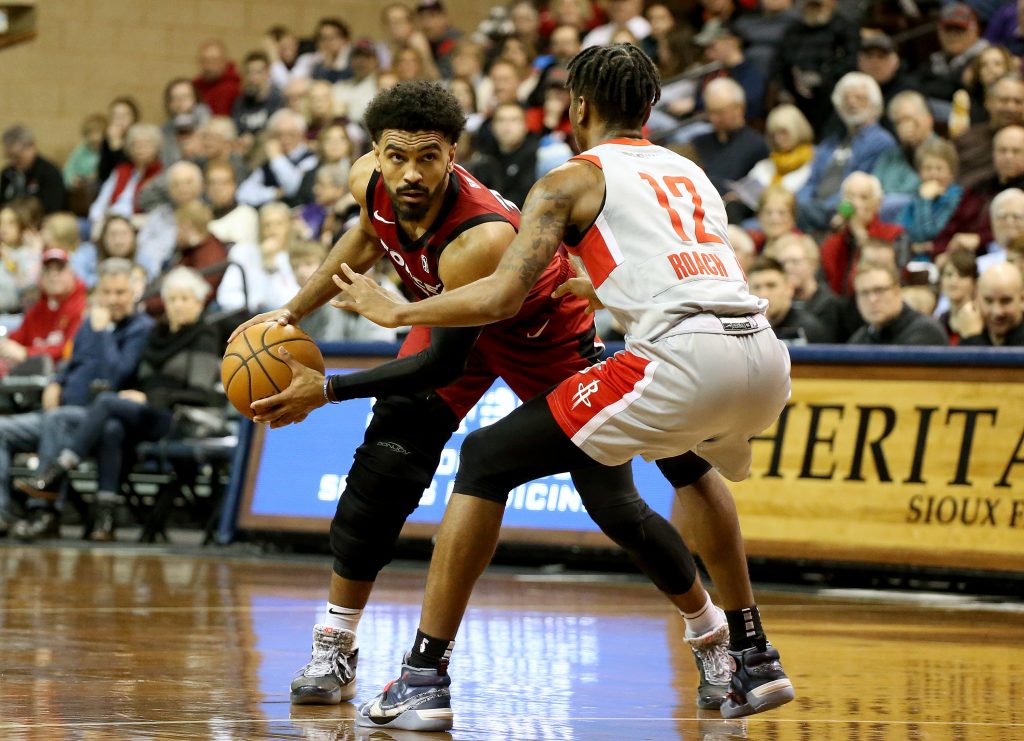 Like those named above him, Vincent got his start with the HEAT on a two-way deal. After tearing it up with the Stockton Kings to start the 2019-20 season, Vincent inked a two-way deal with Miami on January 8, 2020.

He appeared in 11 games for Eric Glass, and averaged 16.4 points on 39.2 percent shooting, 1.7 rebounds and 1.9 assists per 24.8 minutes a game. The 2019-20 Skyforce featured enough talent (eight players with NBA experience currently), that Vincent, who appeared in 68 games (27 starts) last season for the HEAT, was used in a reserve role off the bench.

Vincent was also the recipient of the 2019-20 NBA G League Most Improved Player award. Each year since, he has added more to his role, and shown he belongs at the NBA level on a top-tier team.

Expect Vincent to continue that forward progress in 2022-23, no matter what role Coach Eric Spoelstra has for him. 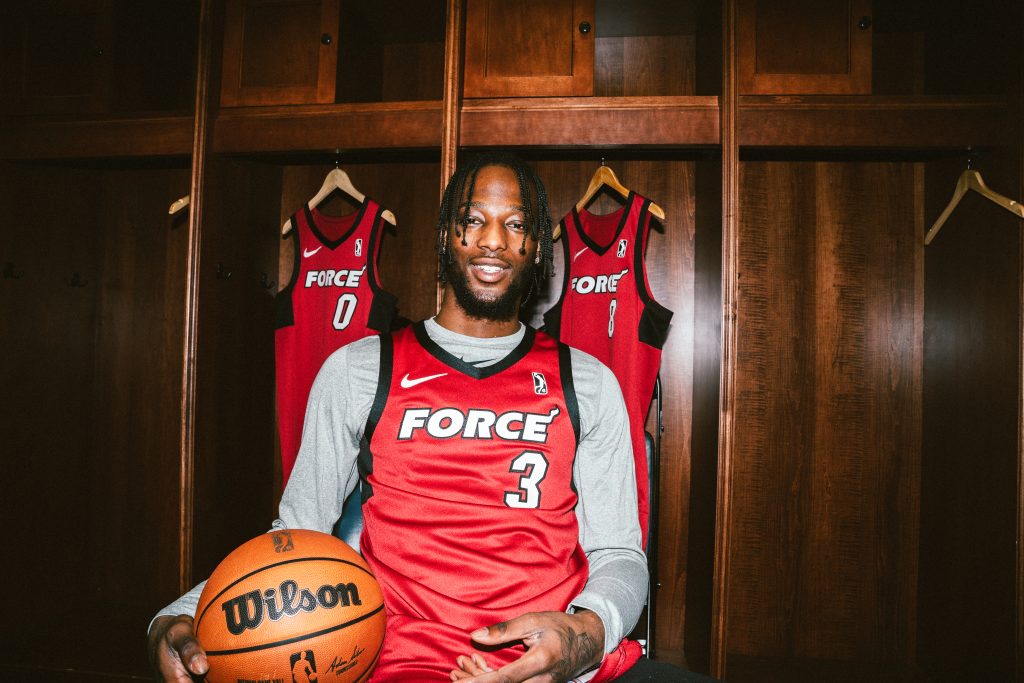 MG is looking to pave his way, like Strus, Martin, Robinson and Vincent, to earn a standard NBA contract via a two-way with the Skyforce and HEAT. Garrett embarks on his second season as a two-way player with the organization in 2022-23.

Fully healthy from a hand injury that ended his season in January, Garrett seems ready to take that next leap professionally.

He has already shown he is a bona fide stopper on defense at the G League level and showed flashes of his offensive potential when he etched the first triple double (14 points, 15 rebounds and 10 assists on 11/11 vs Grand Rapids) since Briante Weber in 2016-17.

It's safe to say, with a healthy MG, we will be on triple double watch a lot this season, on Heritage Court and visiting arenas alike. 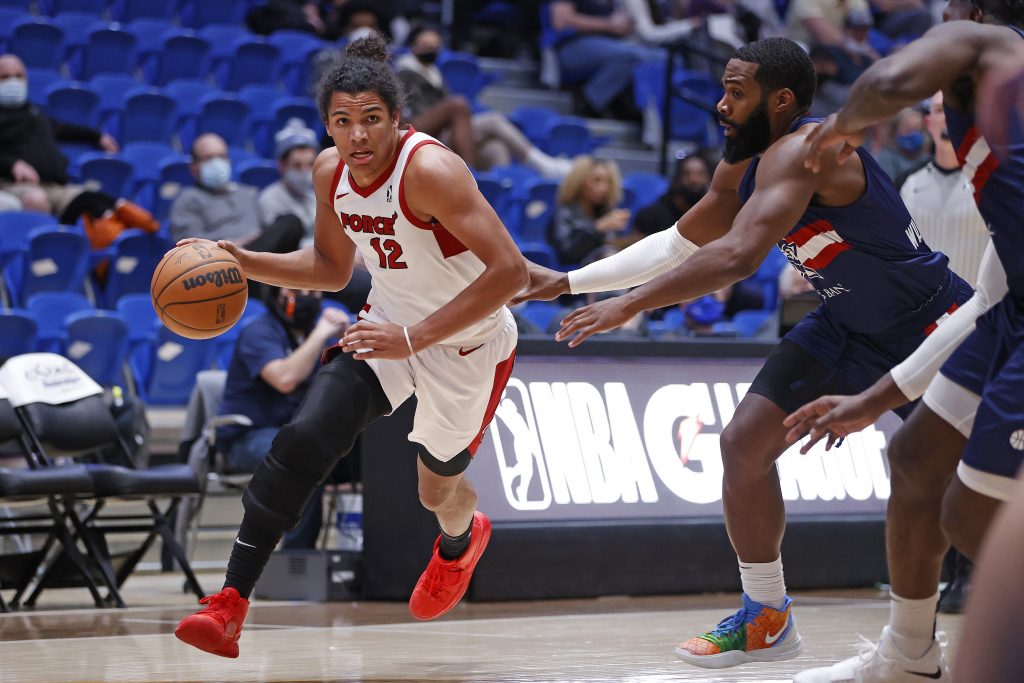 Smith returns to the HEAT on an Exhibit-10 deal, just as he was as a rookie last season.

Smith returned with force at the 2022 NBA Summer League. He was all over the court, in three appearances, he averaged 12.0 points on 46.4 percent shooting, 1.7 rebounds and 1.7 assists per 22.2 minutes a game with the HEAT. He finished his Summer League splash with 22 points (7-13 FGA), two assists and two steals on July 16 against the LA Clippers.

Like Garrett, Smith is fully healthy, and ready to take a leap. His ascension will be something worth watching ahead of HEAT preseason. 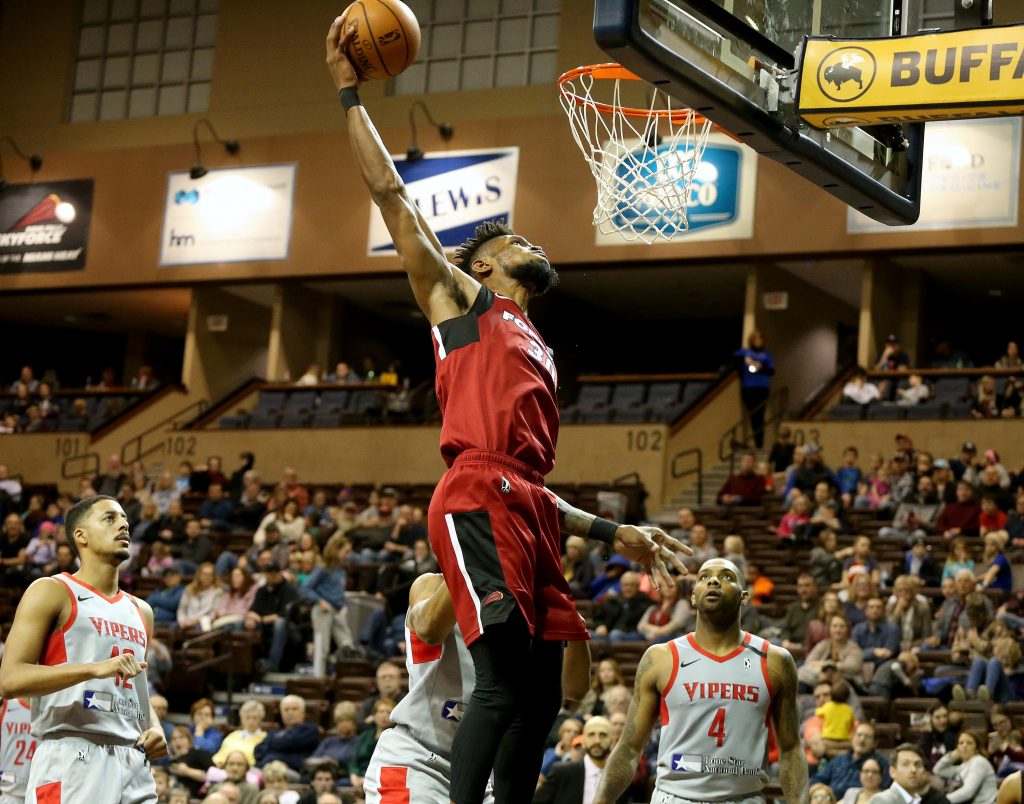 After numerous stints with the HEAT and Minnesota Timberwolves last season on hardship 10-day contracts, Silva inked a deal with the Hawks on August 25.

Silva went from a two-way player with the HEAT and Skyforce in 2019-20, to inking a standard NBA contract. Like Strus and Martin, he did not join the team as a two-way deal. He appeared in two games for the Force that season, where he averaged 11.5 points, 5.0 rebounds, 2.0 assists and 2.5 blocks per 17.9 minutes a game on assignment.

The big man out of South Carolina would provide solid muscle to an Atlanta Hawks team that has upgraded its backcourt tremendously. 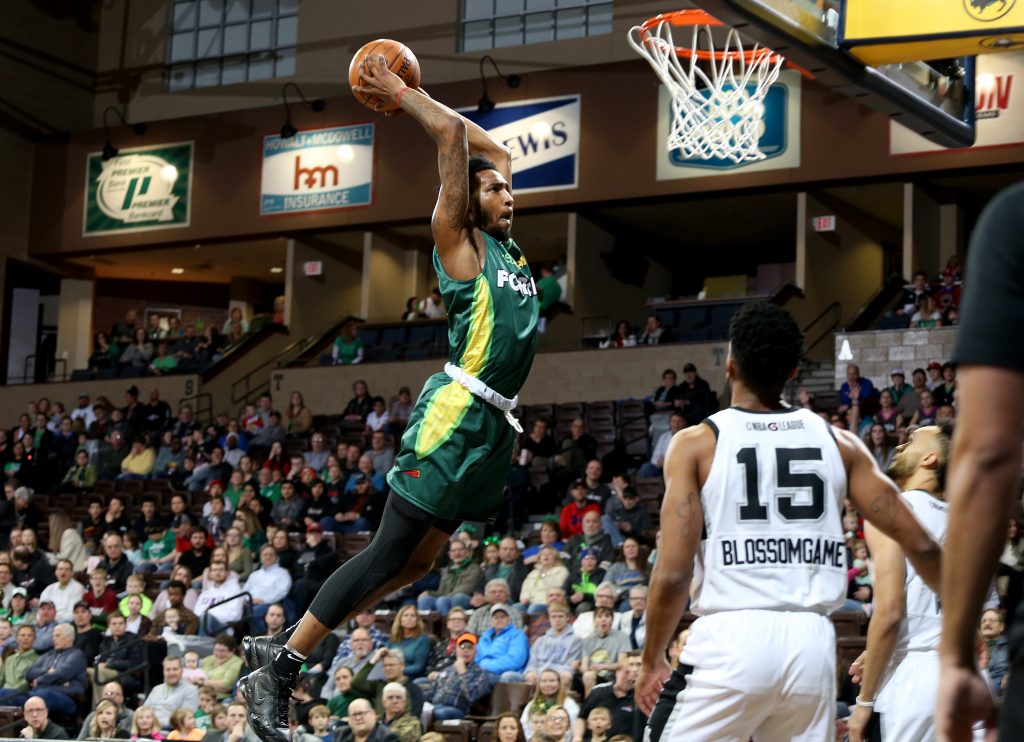 Jones, Jr. returns for his second season with the Bulls, where he averaged 5.6 points on 53.8 percent shooting and 3.3 rebounds per 17.6 minutes in 51 games (eight starts).

He looks to continue to be a contributor on a Bulls team that made the playoffs for the first time since 2016-17 last year. 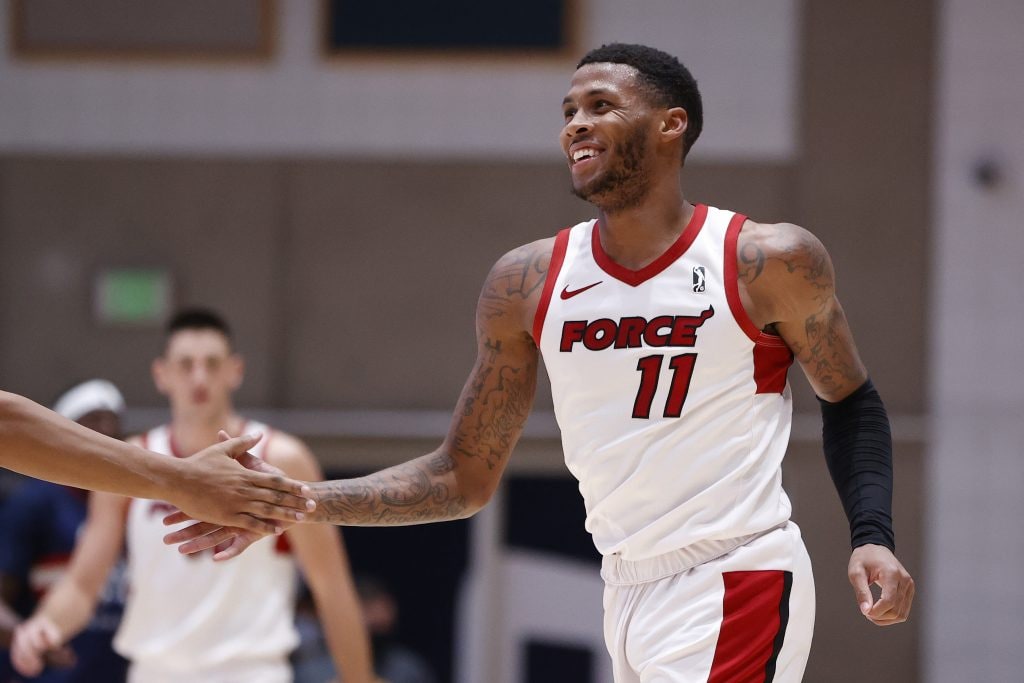 After being an Exhibit-10 player for the HEAT, and allocated to the Skyforce last season, Stewart finds himself in the thick of earning a roster spot with the Dallas Mavericks.

His upward trajectory from the 2021 NBA G League Winter Showcase to mid-February put the league on notice. He earned a two-way contract with the San Antonio Spurs and played with them until after the 2022 NBA Summer League.

DJ has a knack for getting to the rim and being able to score very efficiently. He is another name to monitor when it comes to earning either a two-way contract, or a 15-man roster spot. 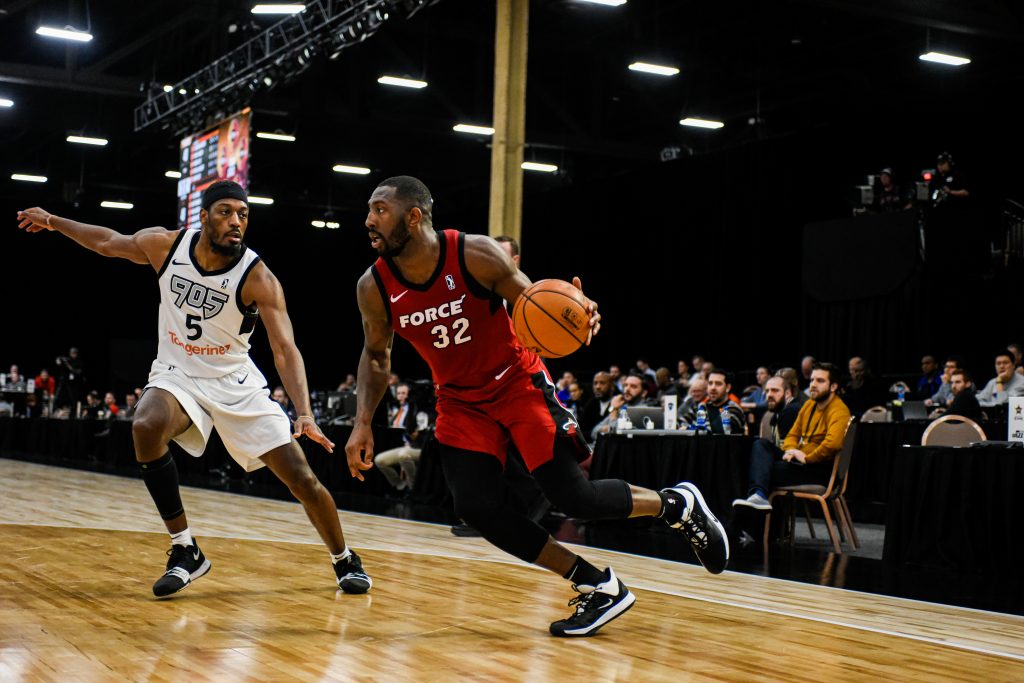 Reed was one of the best feel good stories of players who used the hardship 10-day contracts to their benefit. His 10-day turned into 40 days, a two-way contract, and this offseason a multi-year deal with the Nuggets.

Reed has carved a nice niche with Denver and now with commitment from the organization, look for him to be in the rotation on a team looking to get back to the top of the Western Conference standings. 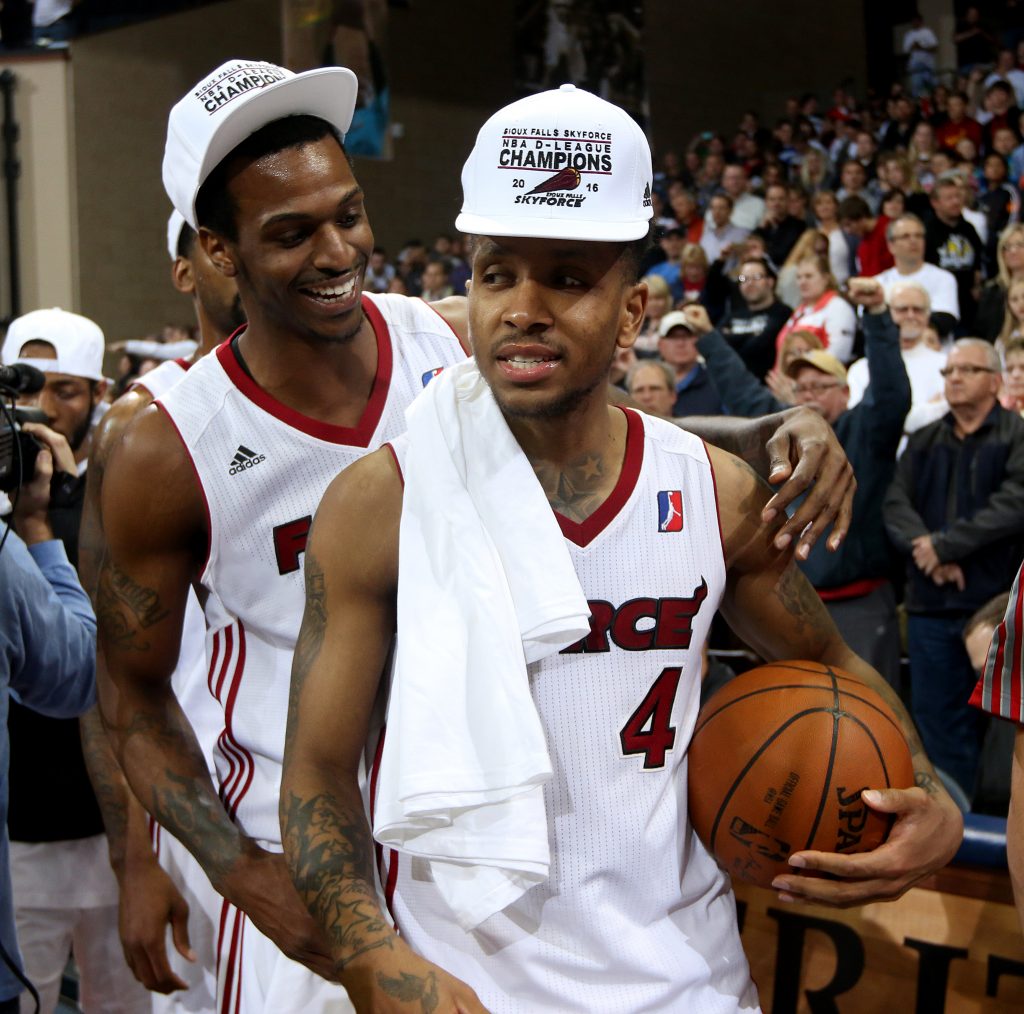 McGruder is now approaching his third season in Detroit, where in 51 games (two starts) last year, he averaged 5.4 points, 2.2 rebounds and 0.9 assists per 14.8 minutes a game.

Rodney was a fan favorite on the Skyforce team that steamrolled its way to the 2016 NBA G League championship. The K-State standout averaged 15.8 points on 51.3 percent shooting, 5.3 rebounds and 2.3 assists per 37.5 minutes a game for Dan Craig and the Force.

The Pistons made some great moves in the offseason, in acquiring young talent, and a player like Rodney McGruder is someone you want around developing players. His work ethic and professionalism are characteristics to model after. Make no mistake, though, he is there to contribute to a team that looks to make a significant leap from last season. 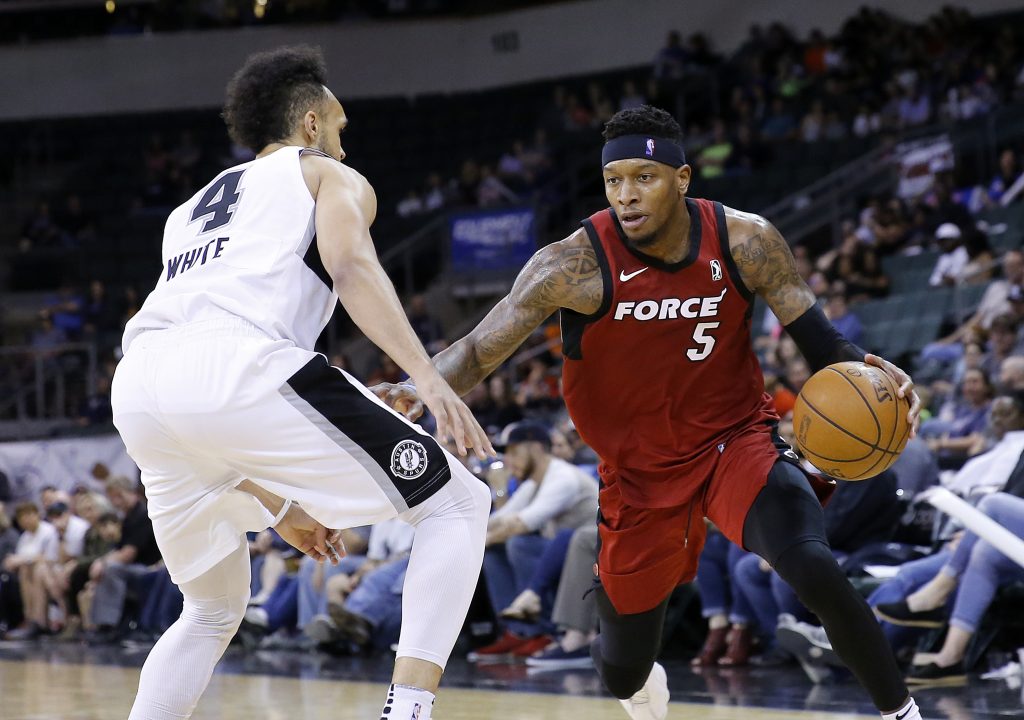 In his second stint with the Suns last season, Craig provided what he has done his entire NBA career - defend, score when asked, and be a steady presence.

He carved out a successful reserve role for competitive Denver Nuggets and Phoenix Suns teams over the last few seasons prior to joining the Indiana Pacers ahead of the 2021-22 season. Craig was then traded back to the Suns at the deadline last season and averaged 5.9 points on 45 percent shooting, 4.3 rebounds and 1.2 assists per 20.8 minutes a game in 27 appearances for Phoenix.

On a very competitive team in Phoenix that is looking to return back to the NBA Finals after falling short last season, Craig serves as a very reliable veteran presence yet again. 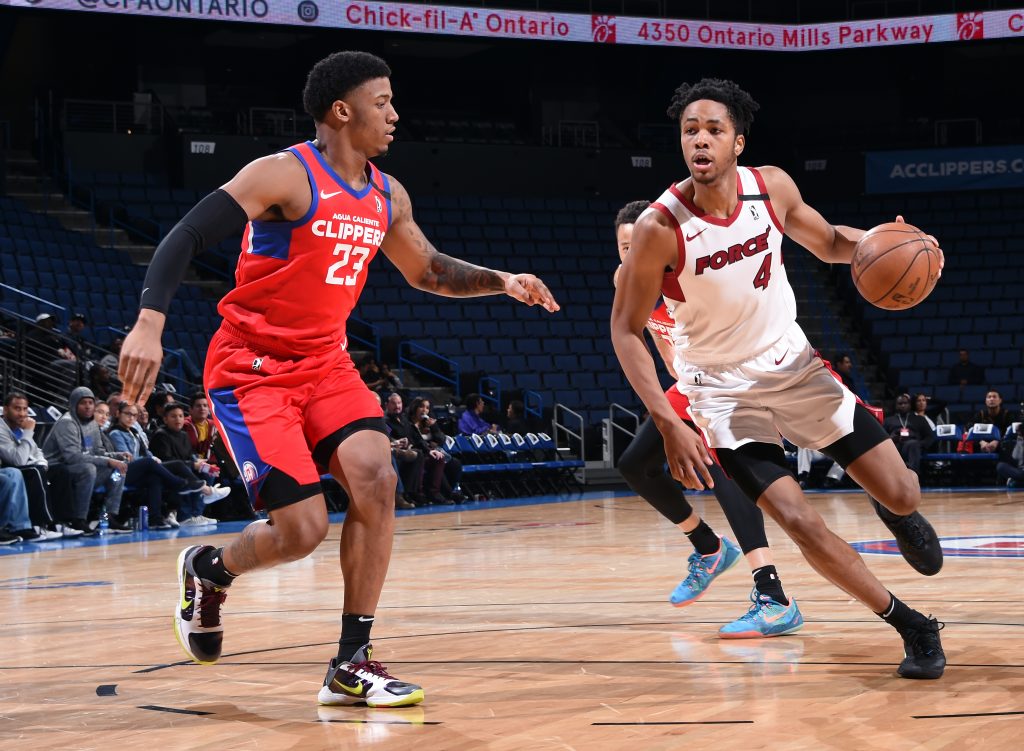 After parts of three seasons with the HEAT, Okpala returns back home with the Sacramento Kings. The Anaheim, CA native played in 21 games for Miami last season, where he averaged 3.7 points on 43.5 percent shooting, 1.9 rebounds and 0.7 assists per 11.6 minutes a game.

A fresh start for KZ may be just what he needs, as he has shown flashes of having a unicorn style of play, meaning he can do a little bit of everything. 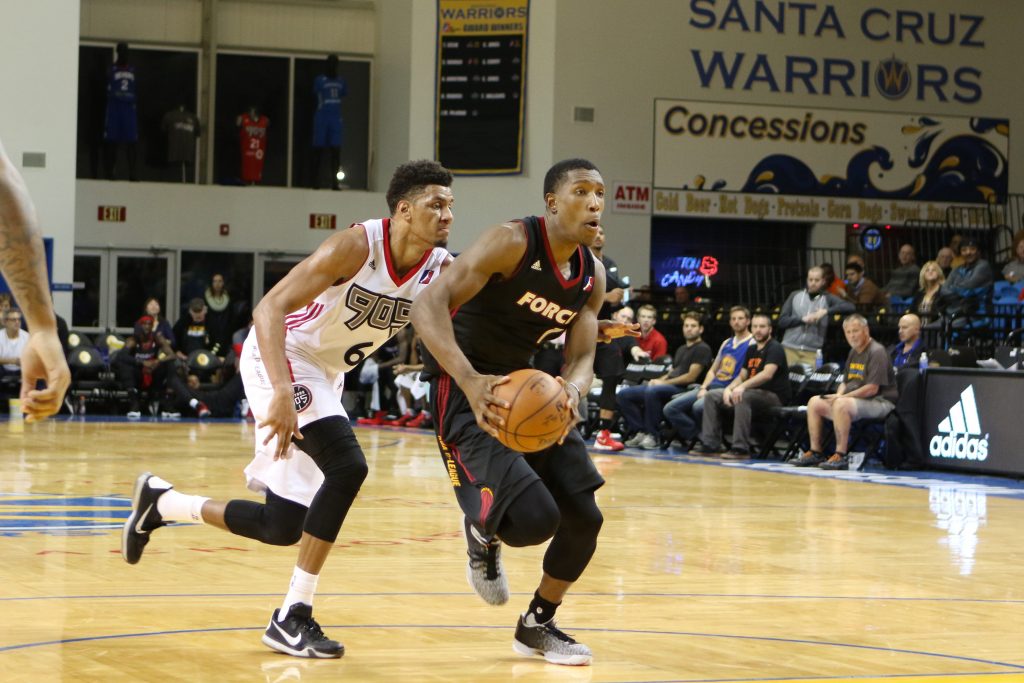 J-Rich spent the beginning of the 2021-22 season with the Boston Celtics and was traded to the San Antonio Spurs ahead of the trade deadline.

San Antonio is trending towards a rebuild, but Richardson is a valuable wing that can defend, score off the ball and drive to the hoop. He is an asset for a team building with young players, like the Spurs. 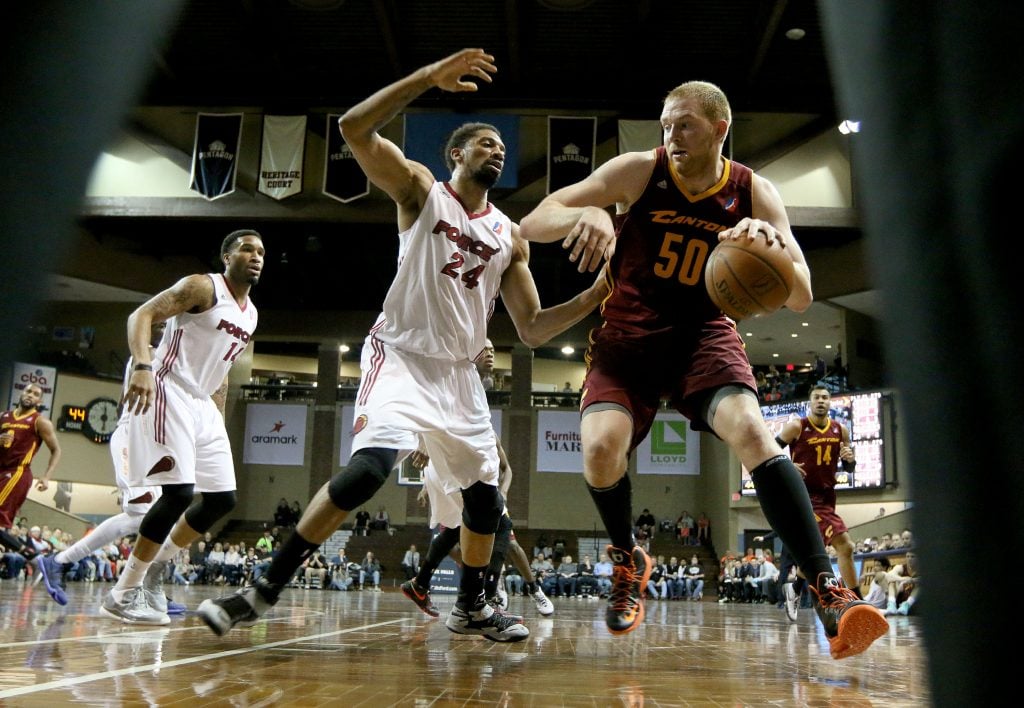 In now what will be his third season with Toronto and sixth overall in the NBA, Birch and the Raptors know what he provides: defense and rebounding.

The Raptors, and Birch, will be one of the teams the HEAT will be fighting down the stretch for Eastern Conference playoff seeding. 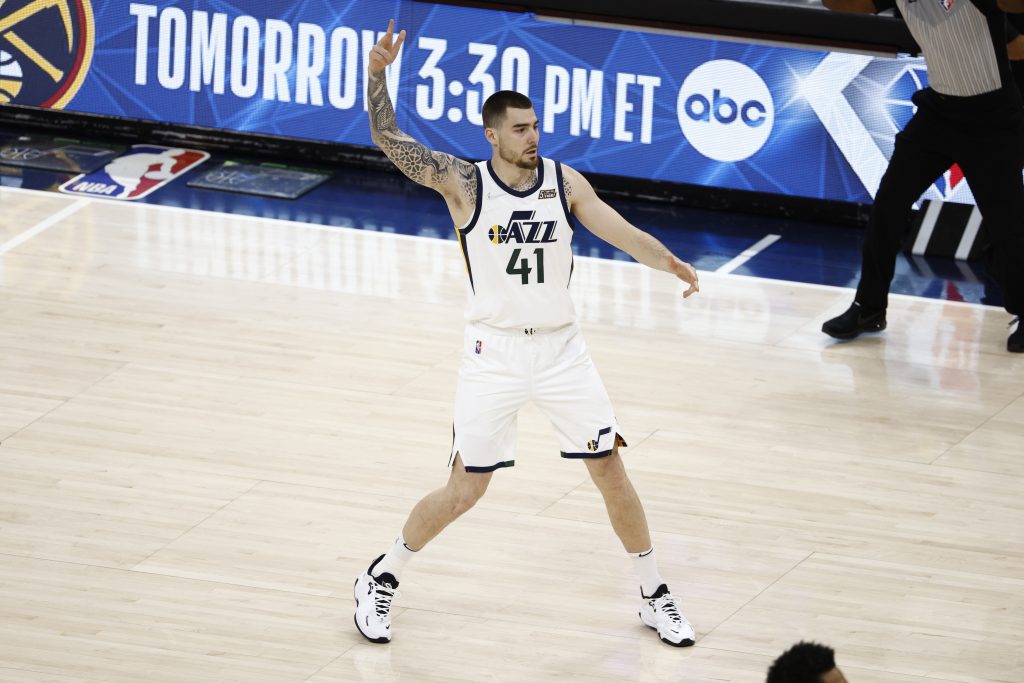 Yes, before he was Bo Cruz in Adam Sandler's hit movie Hustle, Hernangomez had a stint with the Skyforce.

Hernangomez scored 17 points and grabbed 11 rebounds in a one-game assignment, before getting called back up to the Denver Nuggets in 2016-17.

After playing for the Boston Celtics, San Antonio Spurs and Utah Jazz last season, Hernangomez joins Birch in the Toronto frontcourt. He appeared in 40 games last season (nine starts) and averaged 3.3 points, 2.5 rebounds and 0.4 assists per 11.1 minutes a game.

Nick Nurse knows how to utilize his players and it will be interesting to see how he can maximize Hernangomez's strengths. 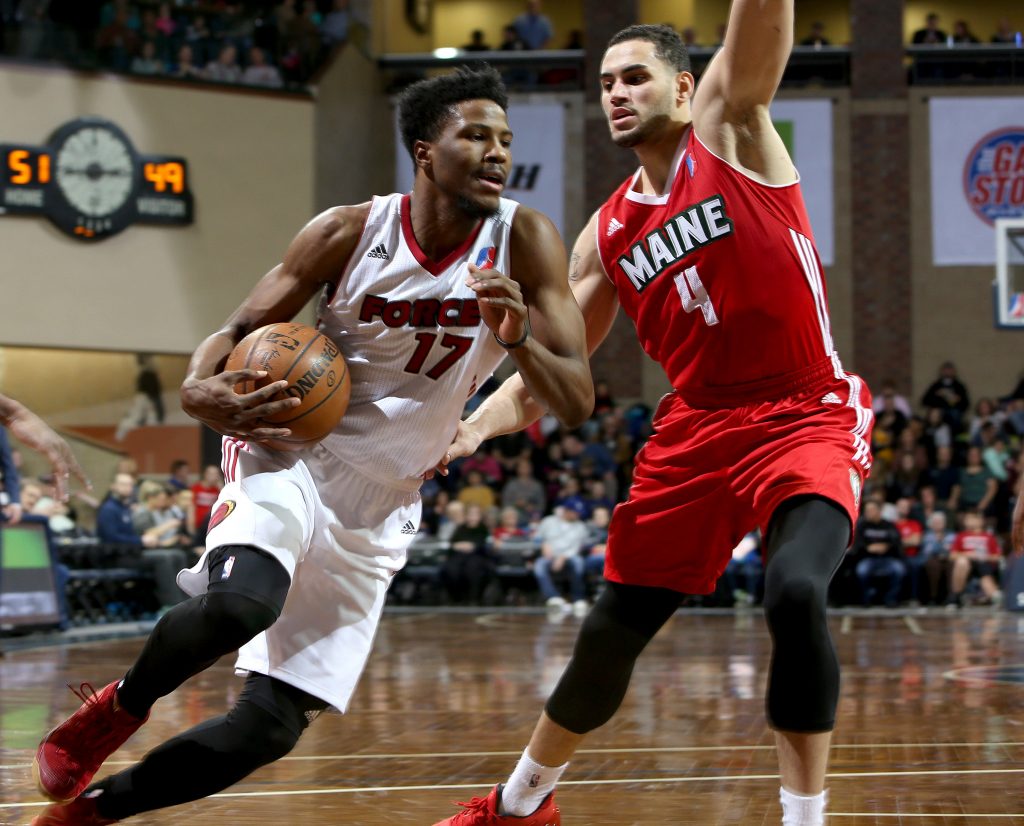 After spending three seasons with the Minnesota Timberwolves, Beasley joins the Utah Jazz ahead of his seventh NBA season.

On a rebuilding team in Utah, Beasley will be a reliable scorer and someone the team can lean on in the dog days of the NBA season. 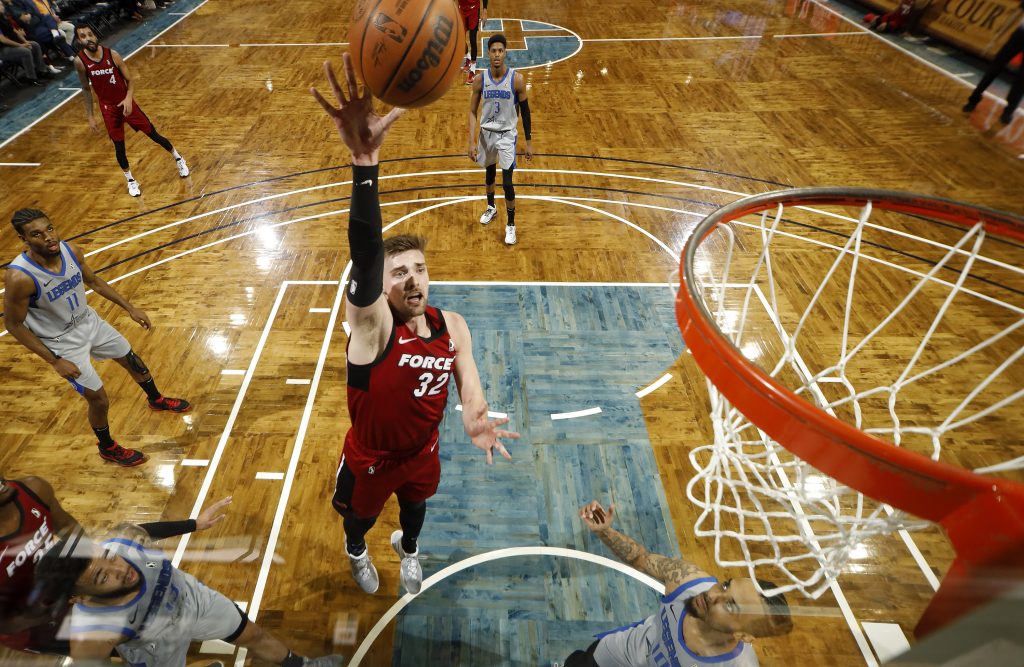 Potter recently inked a two-way deal with the Jazz after earning a spot on the NBA G League All-Rookie Team a season ago with the Skyforce.

Big Jam figured out how to be an efficient pro last season with Sioux Falls - and found his niche around the perimeter and in the pick-and-roll. In 45 starts for the Force, Potter averaged 16.2 points on 51.3 percent shooting (43.2 from deep), 9.8 rebounds and 1.6 assists per 27.8 minutes a game.

It's great to see someone like Potter, who improved each month last season, get a crack at the NBA. His ability to shoot from beyond the arc, his shot selection and rebounding capabilities are in high demand in today's NBA. Look for Micah to make the most of his opportunity with Utah and Salt Lake City.