NBA Call-Ups aren’t just for players. Time and time again, coaches from the NBA G League ranks have earned opportunities at the sport’s highest level following stints in the NBA’s official minor league affiliate. The Skyforce franchise alone has been a breeding ground for NBA coaching talent for years. Currently, there are eight former Skyforce coaches spread across the NBA landscape. We take a look at where each of them are now, and where they came from, below. 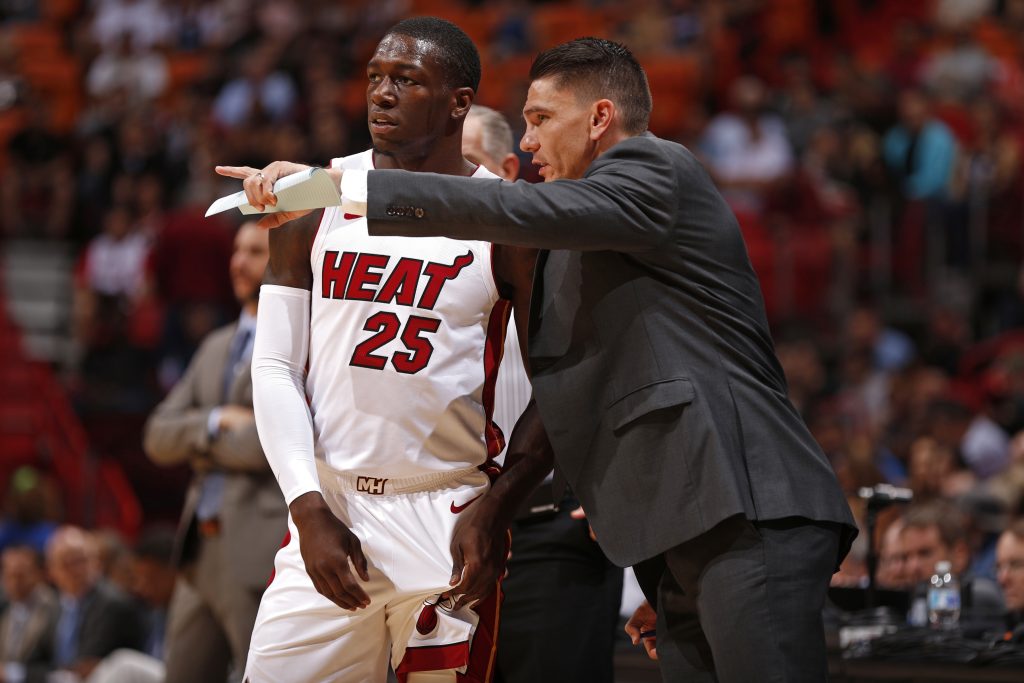 Chris Quinn served as an assistant coach for the Sioux Falls Skyforce under then-Head Coach Phil Weber during the 2014-15 season, a team and staff that finished with a 29-21 record on the year.

It only took Quinn, a former HEAT player turned coach, one season in Sioux Falls to display his talent for developing players. Miami quickly moved him down to South Beach, where he’s been since the start of the 2015-16 season under Head Coach Erik Spoelstra. 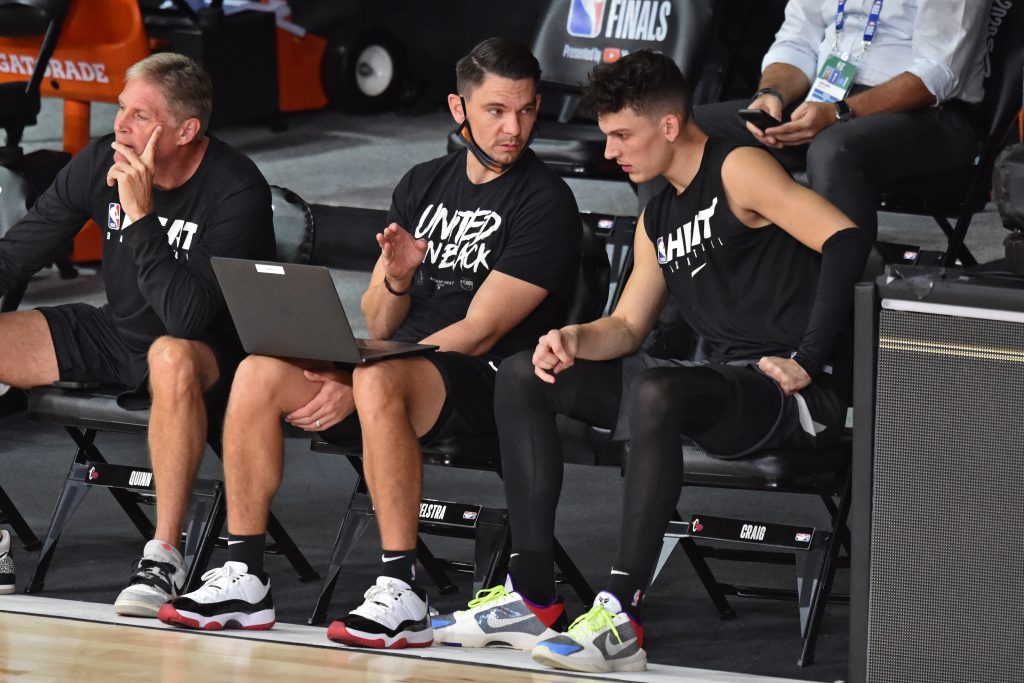 Now in his sixth season as a member of the HEAT coaching staff, Quinn has worked his way up to one of the lead assistant coaching positions and has become a valuable asset to the coaching group as a whole. 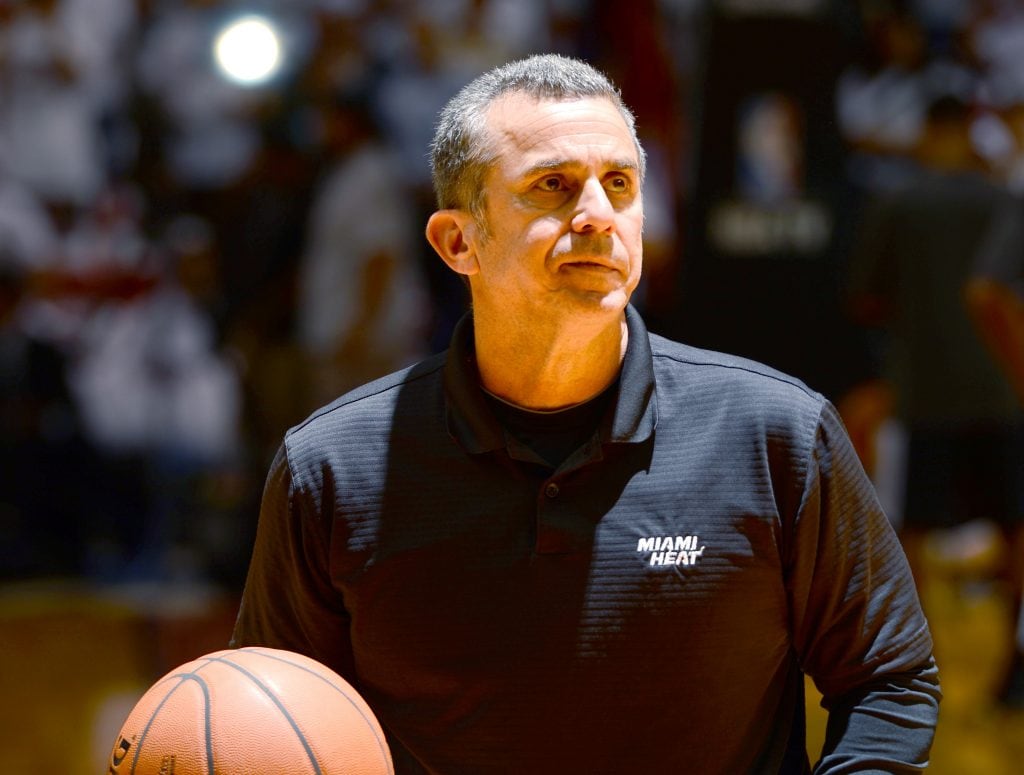 Octavio De La Grana, or “Coach O”, as many in the organization call him, has long been regarded as one of the best player developers within the Miami HEAT system. He was tasked with serving as an assistant coach in Sioux Falls during the early stages of the HEAT’s single-affiliation partnership with the Force between 2013-16.

Coach O served as the common link between Miami and Sioux Falls development programs, ensuring the same “HEAT Culture” was instilled early in the Skyforce system as well. His mission was successful, culminating in a 2016 NBA G League Championship alongside then-Head Coach Dan Craig before both returned to the Miami HEAT coaching staff on a full-time basis. Coach O has remained in his Player Development role with the HEAT ever since. 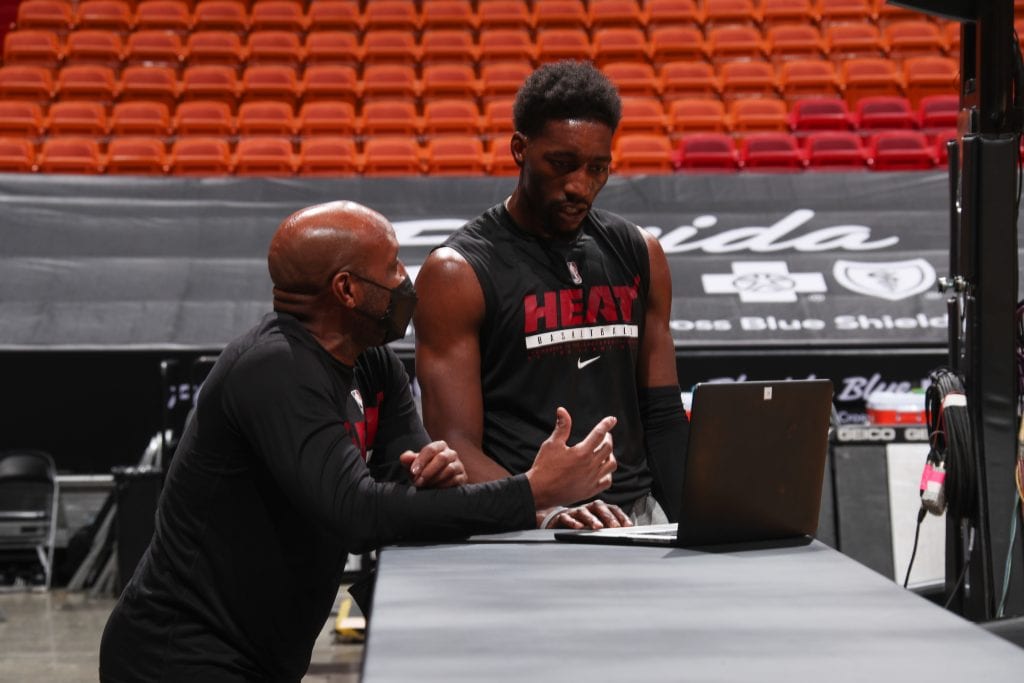 After two seasons as an assistant coach for the Sioux Falls Skyforce, Anthony Carter jumped at an opportunity to become a Player Development Coach for the Miami HEAT prior to the 2018-19 season and has been with the NBA club since.

It didn’t take Carter long to establish himself as one of the best player development coaches around during his time with the Skyforce, and the HEAT wasted no time in snatching him up (as they so often do with young coaches who show promise). Carter’s 13-year playing career boosts his credibility with any young player coming into the league, and he’s become a staple on the HEAT bench now in his third season since making the leap. 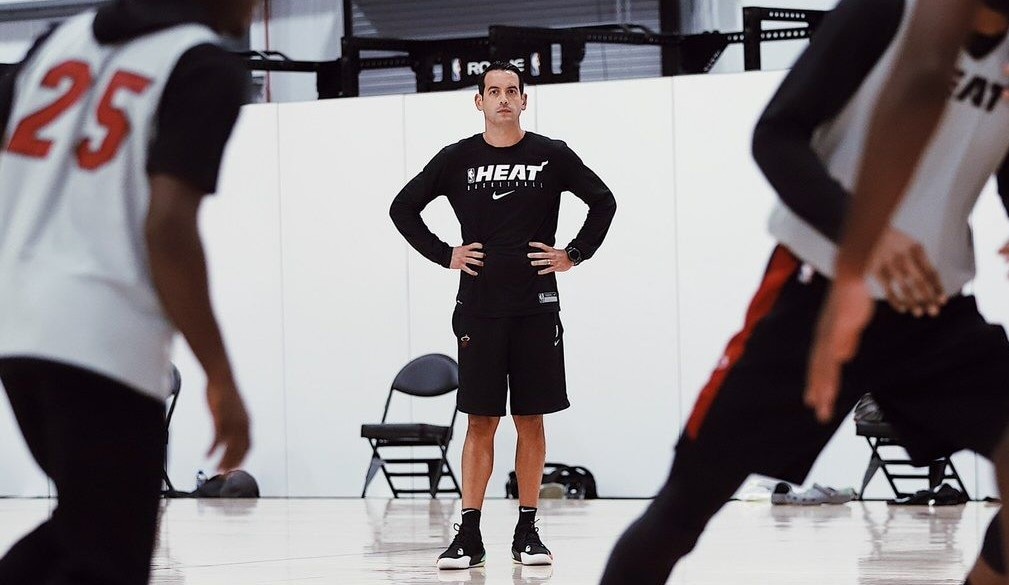 Miami HEAT assistant coach Eric Glass marks the most recent departure among former Skyforce coaches, having served as Skyforce Head Coach during the 2019-20 season prior to the league’s early shut-down due to Covid-19. Glass and his Force roster had hit their stride at just the right time, representing one of the league’s best times early in 2020 before the season was cut short.

Glass had Sioux Falls in position to make the playoffs for the first time since winning the 2016 NBA G League Championship, which would have been a breath of fresh air for players, staff and fans who have become used to “championship basketball” over the last three decades. 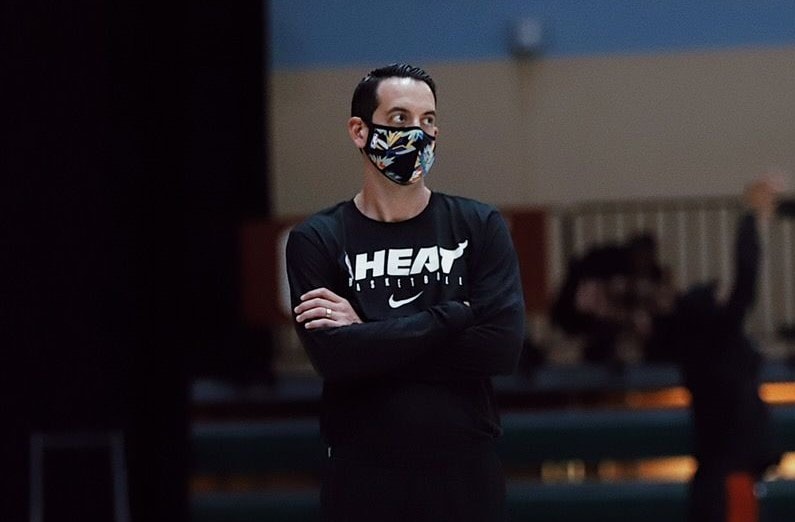 Now, Glass serves as a player development coach within the HEAT system, becoming the next of many great Skyforce coaches to re-join the HEAT bench following a strong stint in the NBA G League. 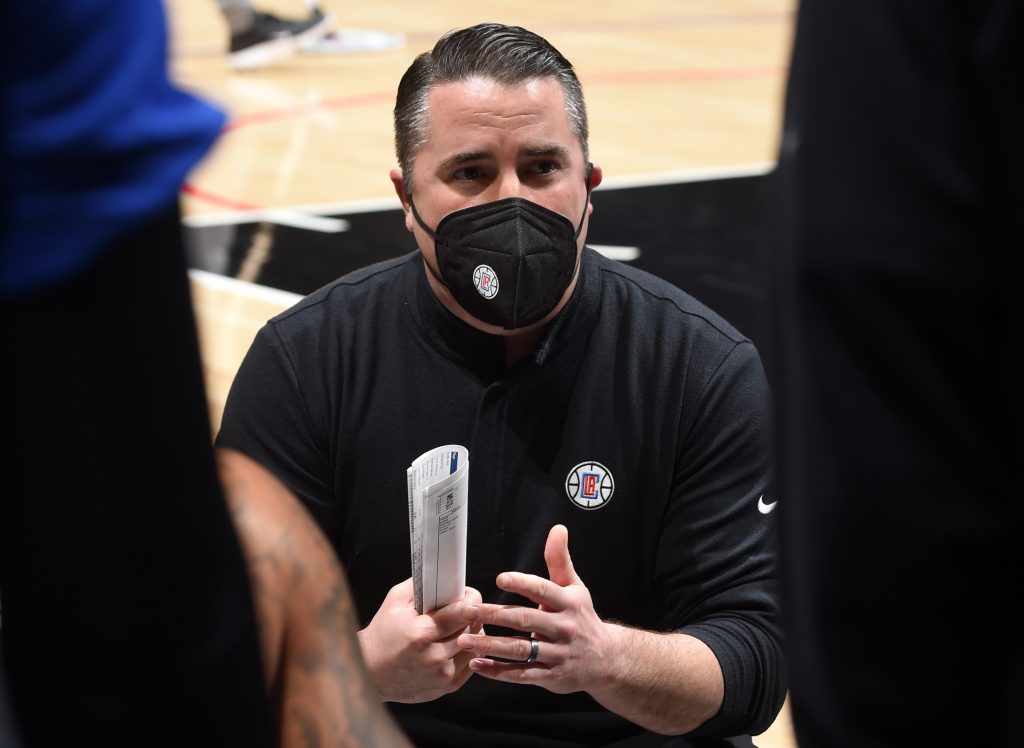 Dan Craig put together not just the greatest season in Skyforce franchise history, but the greatest single-season in NBA G League history as well when he led his team to a 40-10 regular season record (G League record) before nearly sweeping his way to an NBA G League Title during the 2015-16 season.

Craig rightfully won NBA G League Coach of the Year honors for his efforts that season, and was a big reason why then-Skyforce GM Adam Simon was awarded G League Executive of the Year, along with players DeAndre Liggins and Jarnell Stokes winning G League Defensive Player of the Year and G League MVP respectively. His team not only nearly ran the table in overall record and playoff victories…it nearly ran the table with the G League awards as well. 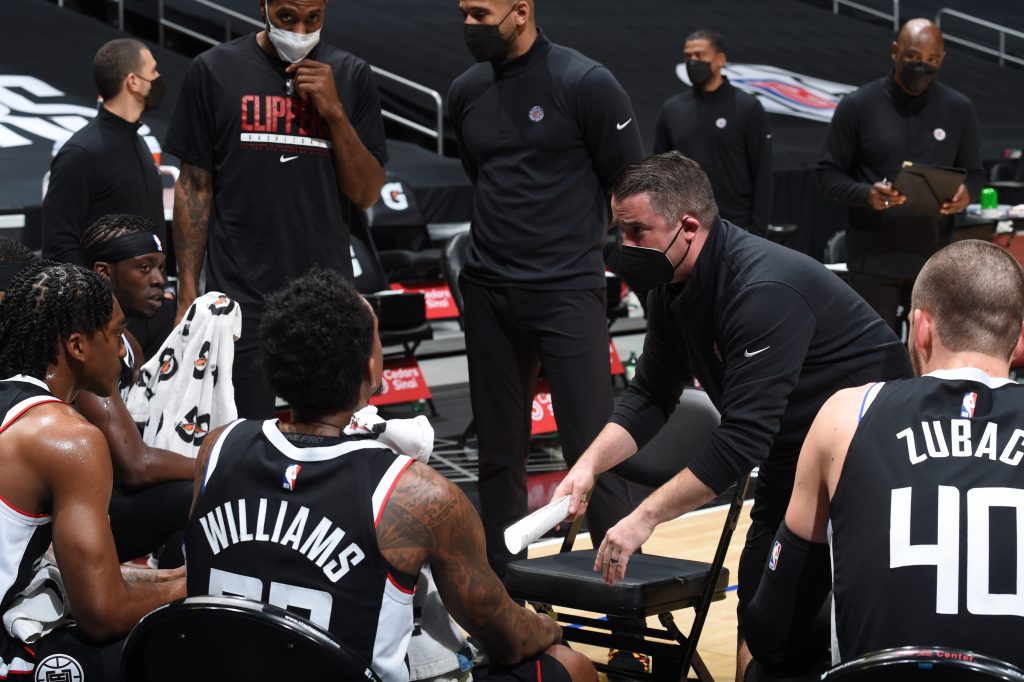 Craig was quickly pulled back to the NBA coaching ranks where he served as an Assistant Coach under Erik Spoelstra with the Miami HEAT until the summer of 2020, when another opportunity called. Over the past offseason, Craig took a leap and joined the Los Angeles Clippers as Associate Head Coach to Head Coach Tyronn Lue.

The Clippers, who are trying to rebound after a disappointing exit during the 2020 NBA Playoffs, currently boast a 24-14 record at the All-Star break, good enough for fourth place in the Western Conference as the second half of the NBA season looms. 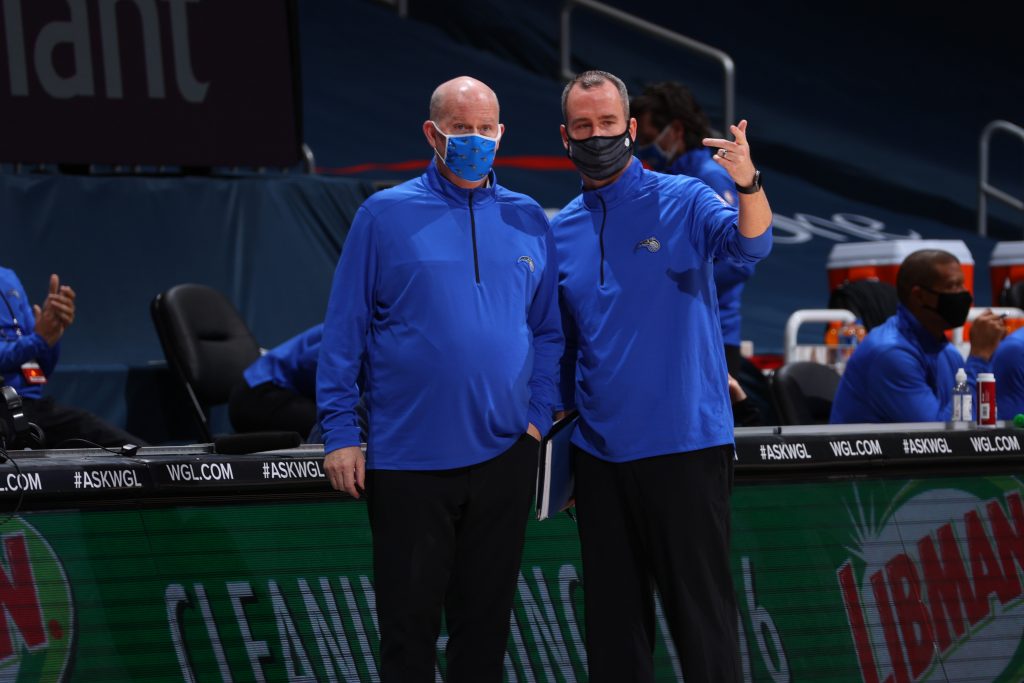 Pat Delany had a blast during his time in Sioux Falls. No…seriously! Delany, who last served as Head Coach of the Sioux Falls Skyforce during the 2013-14 season, is one of the most outspoken advocates of coaching in the NBA G League as a means to hone your craft and make yourself better.

“I honestly was spoiled,” Delany said in a 2018 interview. “In all avenues of my time [in Sioux Falls]. When I got an opportunity to meet with both Mike Heineman and Jeremy DeCurtins during the NBA Summer League in Orlando the year prior, from that point on I knew if I ever go the opportunity to be the Head Coach of the Skyforce, fi the HEAT ever gave me that position, it was going to be an awesome experience for me.” 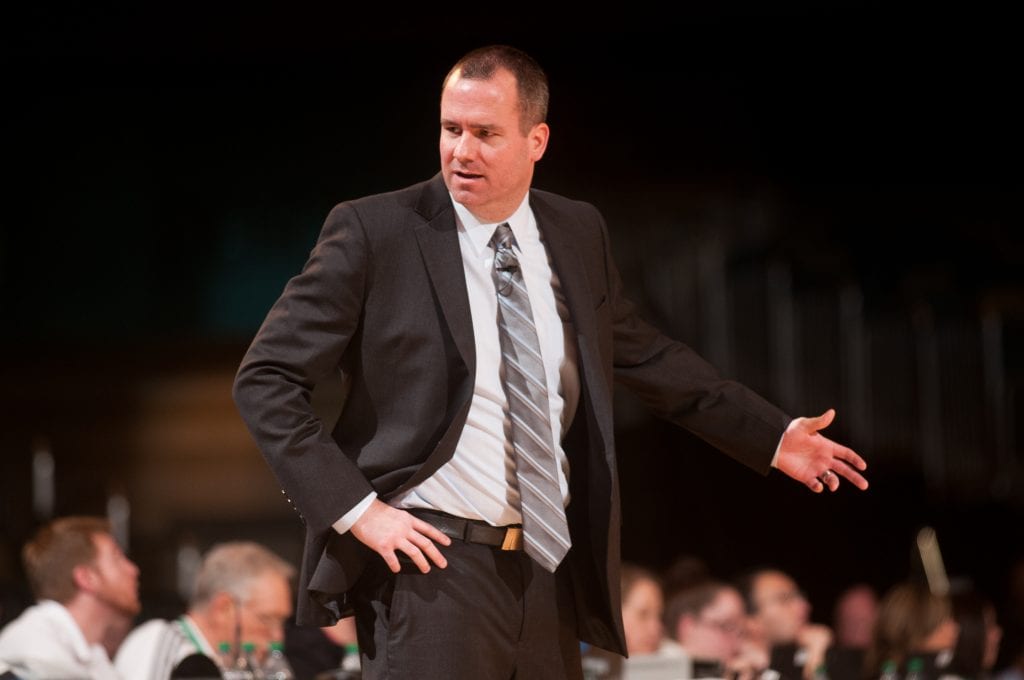 Awesome, it was. Delany led the Skyforce to a 31-19 record in the inaugural season at the Sanford Pentagon, a place that has now become a staple in the NBA G League as one of the best venues and atmospheres to play in.

Delany latched on to an opportunity to coach under Head Coach Steve Clifford, who was then assembling a staff with the Charlotte Hornets, following his stint with the Skyforce. From there, Delany and Clifford’s relationship group so much so that when Charlotte and Clifford parted ways, Clifford brought Delany with him to the Orlando Magic prior to the 2018-19 season. For Clifford, it was an opportunity to go back to where he’d already had success during the Dwight Howard era in Orlando. For Delany, it was another opportunity for growth.

Today, Delany remains an integral piece of the Magic’s puzzle. 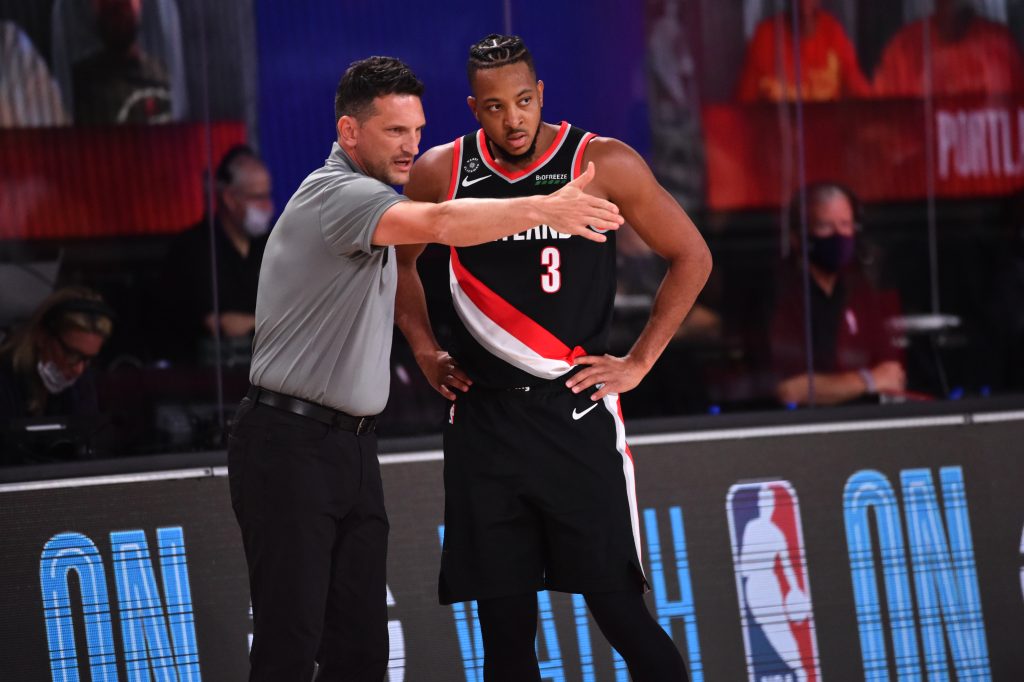 It’s only a matter of time before Nate Tibbetts lands himself a head coaching position in the NBA after having spent the last eight seasons within the Portland Trail Blazers’ system. Now in his second year as Associate Head Coach, Tibbetts spent the previous six seasons as an assistant coach for Portland.

Tibbetts served as an assistant coach for the Cleveland Cavaliers from 2011-13 after having spent two seasons as the Head Coach of the then-named Tulsa 66ers (Oklahoma City Thunder’s G League affiliate), where he guided the team to a 64-41 overall record and two straight trips to the NBA G League playoffs. 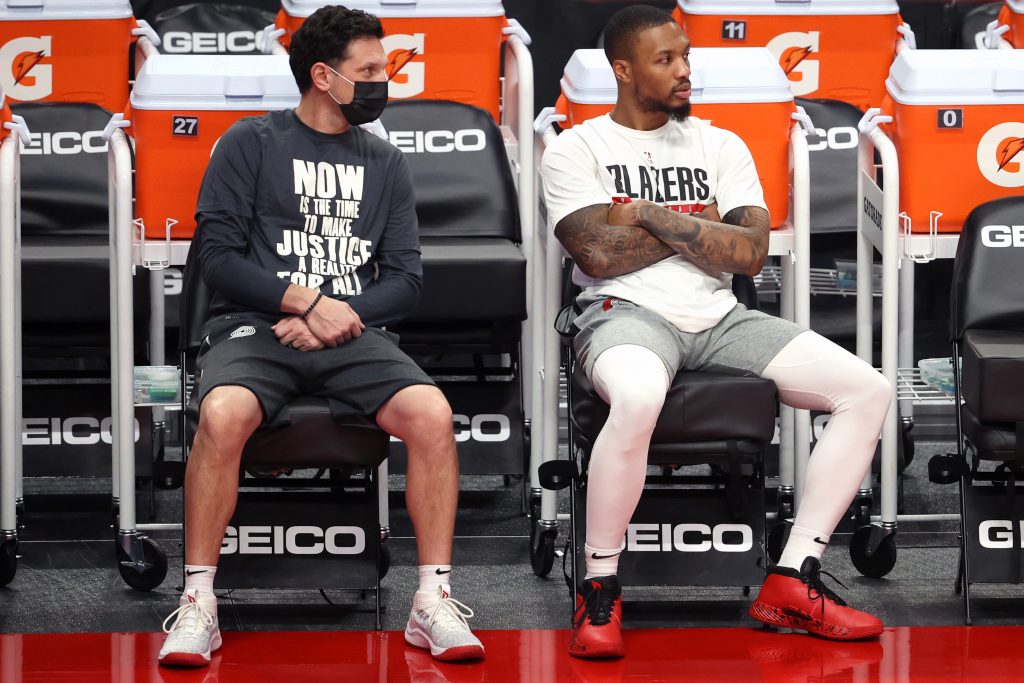 Tibbetts success in the NBA G League began in Sioux Falls, though, where he got his first professional Head Coaching opportunity from 2007-09 after having spent his first two seasons with the franchise as an assistant. Tibbetts was well-respected by his players and staff during his tenure as Head Coach in Sioux Falls, none more vocal about his impact than former NBA G League MVP Kasib Powell, who is now an assistant coach for the Skyforce himself.

“Coach Tibbetts taught me how to be a true professional when I came to Sioux Falls,” Powell said. “We had a lot of conversations about how I should be dressing, how I needed to be acting both on and off the court…watching film and preparing for games. He had a lot of confidence in me. It meant a lot for me at that point in my career.” 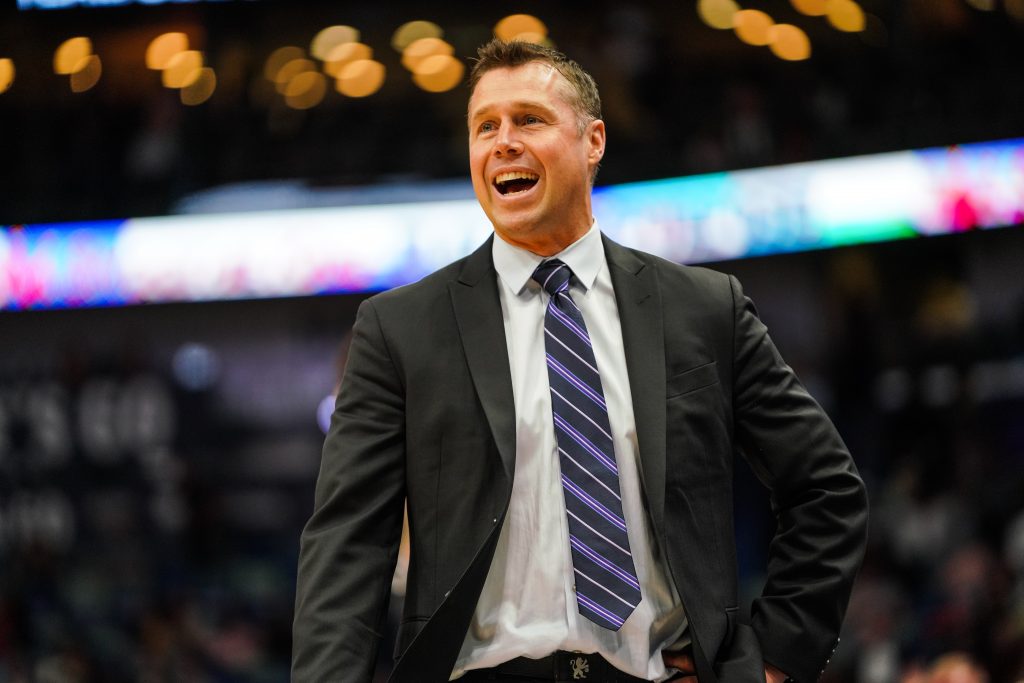 After a glorious run throughout the 1990s, the Skyforce organization, as well as the CBA as a whole, found itself slipping during the early 2000s for a number of reasons. That changed when Dave Joerger arrived as Head Coach prior to the 2004-05 season. In two seasons at the helm with the Force, Joerger led the franchise to a 61-35 regular season record and a 12-4 record in the CBA playoffs, including a CBA Championship in 2005.

Joerger was on to bigger and better things not long after his tenure with the Force ended in 2006. After a brief stint with the Dakota Wizards, Joerger joined the Memphis Grizzlies as an assistant coach in 2007 where he later earned his first opportunity to head coach in the NBA from 2013-16. After a Grizzlies fall-out in 2016, Joerger was named head coach of the Sacramento Kings from 2016-19. 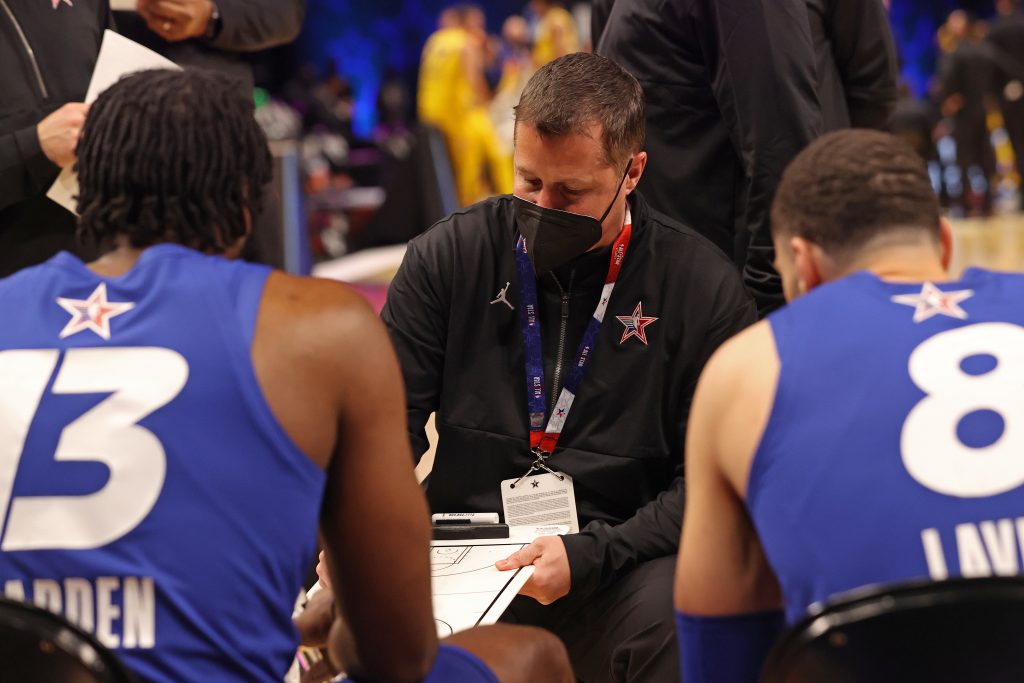 Currently, Joerger serves as an assistant coach with the Philadelphia 76ers under newly-named Head Coach Doc Rivers. The Sixers coaching staff recently had the opportunity to coach in this year’s NBA All-Star festivities.