We sat down with longtime Skyforce owner Greg Heineman to talk about the past, present, and future of Skyforce basketball. This two-part question-and-answer forum takes an extensive look at his thoughts and memories as owner of the organization through almost three decades.

When you purchased the team, did you ever envision this would be what Skyforce basketball is today?

It’s crazy, I never really thought that far ahead. Once David Stern brought us in with the NBA and the D League at the time, there was some visions of what it is now. But back then, it was local town, local basketball. It is pretty crazy to see the transformation from that to a few years ago, the HEAT had all five players on the court that had spent time in Sioux Falls. We have come a long way.

Who is your all-time favorite rival from the CBA days?

The Rapid City Thrillers or the Omaha Racers. We had some really good matchups with both of them back in the day. The fans, home and away, really got into it, too. Just like it’s kind of shaping up today, we would do a lot of back-to-backs. It was really tough to beat a team two times in a row, let alone on consecutive days. A lot of times we’d beat either of them by a large margin, and then they would beat us by a lot the next night. It just made things so much more fun and competitive. I know the players really enjoyed playing in those types of atmospheres. 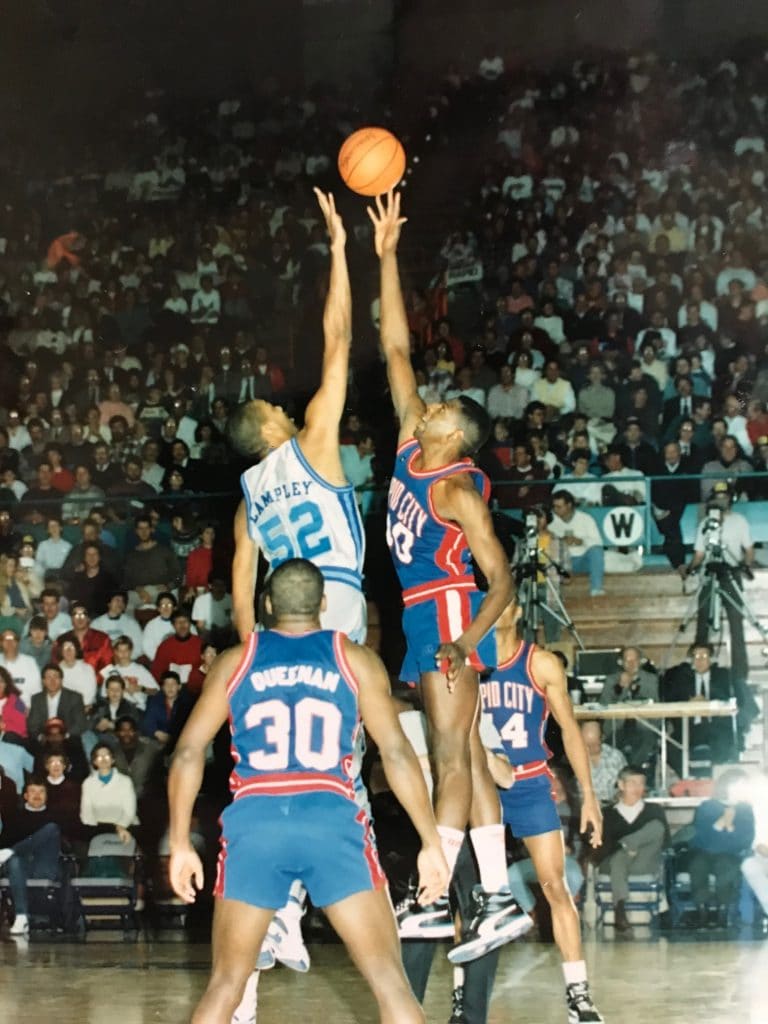 We get a lot of fans asking about the old color scheme. How did you guys come up with that?

We hired a designer to come up with everything. We really gave her the floor to run with it. That was the first one she presented us and we never looked back. She did a great job, between the logo and the different uniforms

Of all the players and coaches to come through the Sioux Falls Arena and Sanford Pentagon, which ones stick out the most to you, and why?

At the time, when he was playing, Henry James was the best shooter I had ever seen. He earned an NBA Call-Up with the Atlanta Hawks in 1996-97. In a game during his Call-Up, he made seven three pointers for the Hawks. You could argue he’s the best shooter to put on a Skyforce jersey. When it comes to coaches, without a doubt is Mo McHone. He didn’t take any grief, yet had such a flow and was easy going. His plays out of timeouts were the best. He just had a unique way with everyone. 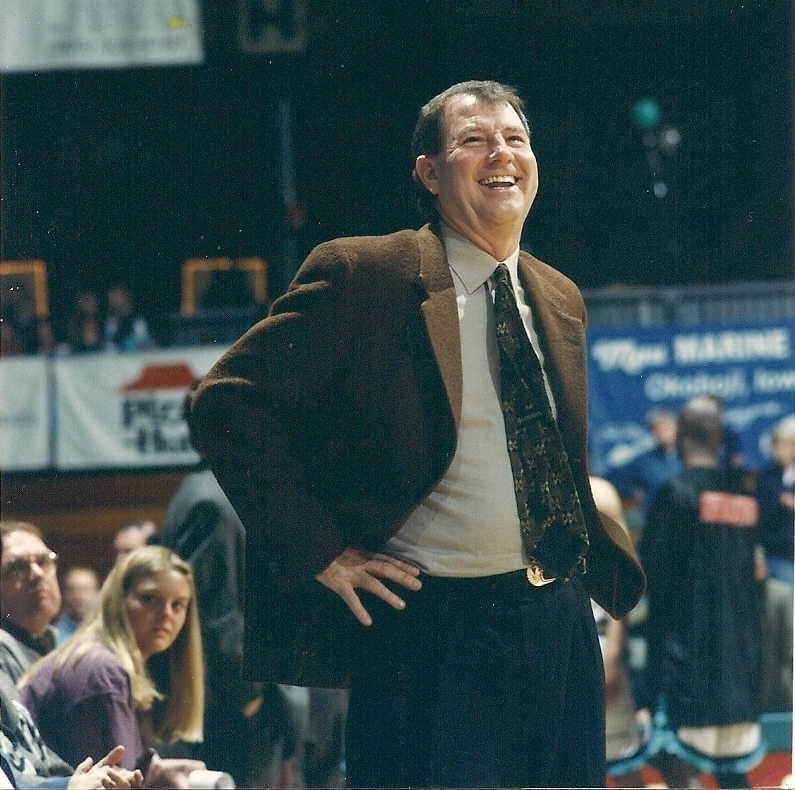 How were you able to make the Sioux Falls Arena an environment opposing players did not like to travel to?

That is a true credit to the fans. They were the ones that made the difference. We would get 6,000 people packed in the old arena on a Tuesday night in January. They have been a major proponent to this organization’s success when it comes to the business and basketball sides of things.

Sioux Falls fans get the opportunity to see up-and-coming and NBA veterans play on a nightly basis in season. What does that mean for the community?

It’s a huge deal. Night in and night out, you have NBA talent in your backyard. There are college stars trying to make the league, or there are guys trying to get back to the NBA. It is special. There’s nothing like that in the state. It is unique and you can’t just find that anywhere. 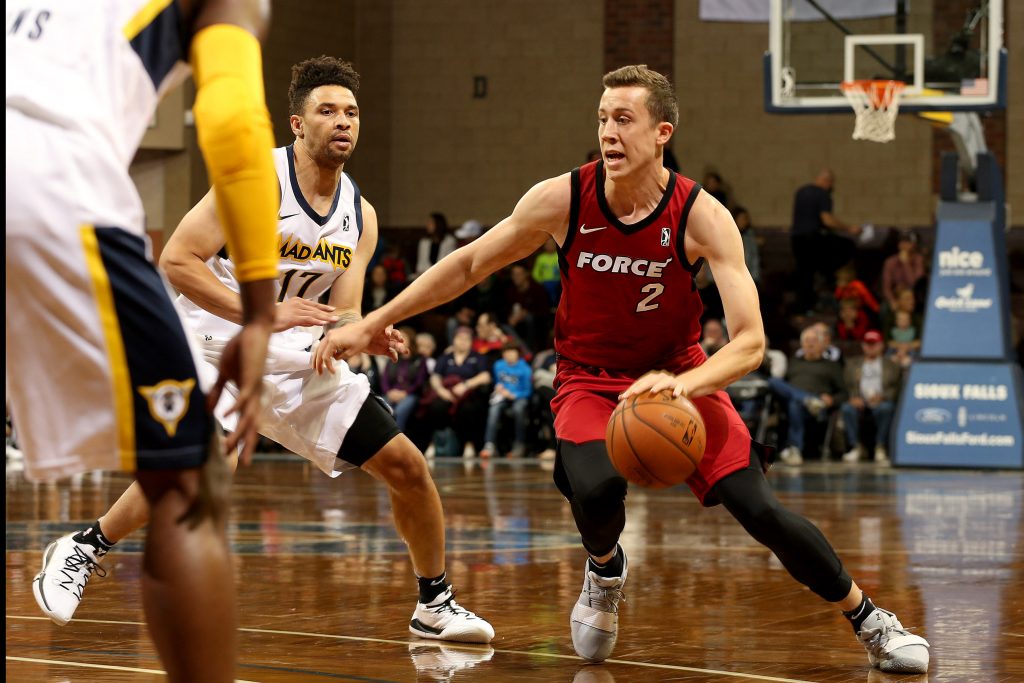 The NBA continues to invest in the G League. How do you think that adapts in the future?

I think it’s just the beginning. They will continue to use it as a testing ground for changes and things they want to potentially tweak in the NBA. Each year, more-and-more players chose the G League route. With all the added resources and attention, that will only continue.

What does it mean to you to have former league MVP and Sioux Falls’ own Kasib Powell as Head Coach of the Skyforce? Do you have a favorite memory of him?

I love him. He was a great player and not only that, a truly genuine person. He represented the Skyforce at the highest level as player and does so now as the Head Coach. He cares so much about this city and this organization. I couldn’t be happier to have Kasib leading our team. Again, two cultures crossing, as he played for the HEAT. But there isn’t a specific memory that sticks out, just the way he was able to lead our team and the grit he showed as a player. He represented then-and-now the city with his toughness. I feel like he grew up and became a man in this city. The NBA continues to invest in the G League. How do you think that adapts in the future?

I think it’s just the beginning. They will continue to use it as a testing ground for changes and things they want to potentially tweak in the NBA. Each year, more-and-more players chose the G League route. With all the added resources and attention, that will only continue.

The Skyforce has adapted through many changes in the league and community. How does that continue?

The best way to do that is to keep hiring good, young people that are innovative and have ideas. We can’t get stale. Some things we did 20 and 10 years ago might not have worked, but could work now, or vice versa. The key is to never quit and keep going, trying new things, and trying to stay ahead of the important curves.