We sat down with longtime Skyforce owner Greg Heineman to talk about the past, present, and future of Skyforce basketball. This two-part question-and-answer forum takes an extensive look at his thoughts and memories as owner of the organization through almost three decades.

Take us back to when you purchased the Skyforce. Why did you do it?

We wanted to keep the Skyforce in Sioux Falls. The previous owners were talking about ceasing operations. I had a few good friends and business associates approach me about going in with them on the team. We had nothing like it in the city and we felt the community really needed to continue to have a professional basketball team in town. 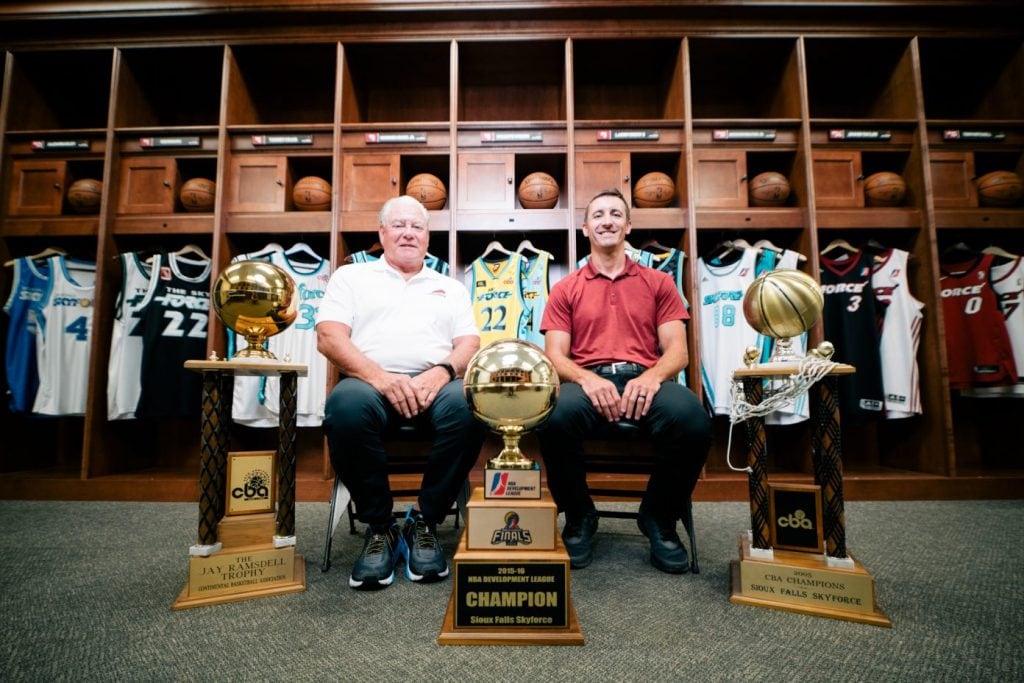 You have endless memories when it comes to the Skyforce. What is your most cherished memory?

We played Fort Wayne for our first championship in 1996. The series was set up for two at home, three on the road, and then two back in Sioux Falls. We split the first two games here. We were in Fort Wayne for the next three and were hoping we could get one, maybe two of those games. But we certainly didn’t think we’d be able to pull off winning three-in-a-row out there. We had game six and seven sold out, ready to rock, back in Sioux Falls. We ended up winning game’s three and four. Game five came down to a last second shot by Devin Gray and we pulled it off. It was an amazing feeling, but one has to wonder the feeling of winning that first one in Sioux Falls in front of our fans. 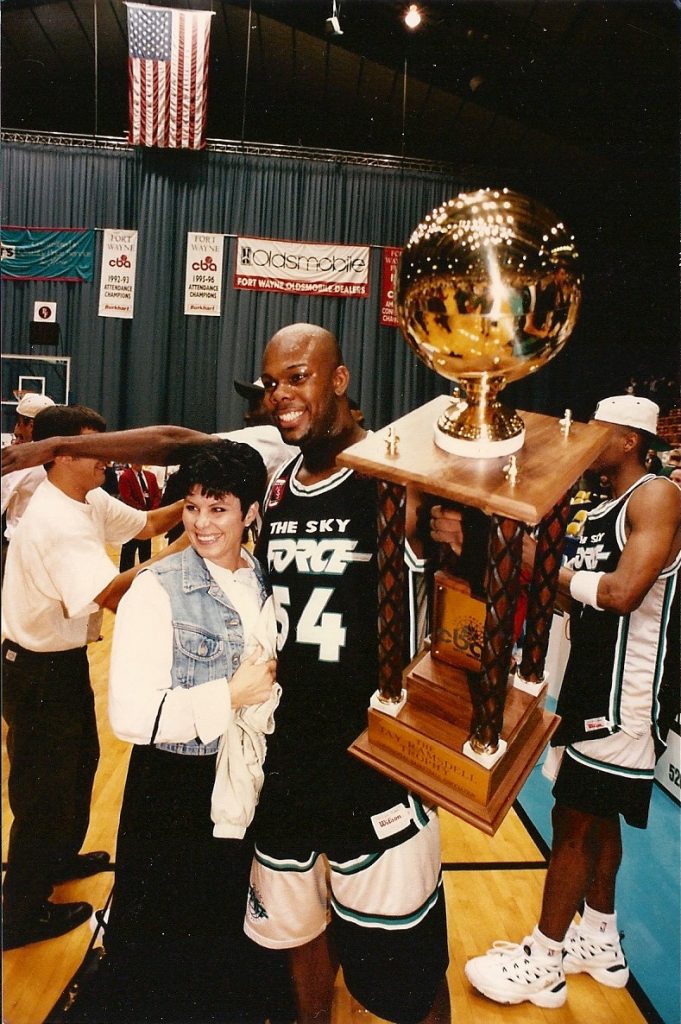 What is the biggest difference between the CBA and G League, when talking about on the court?

The level of competition, without a doubt. I don’t think players from the teams in the 90’s would be able to make a roster spot today. That is not a knock on any of those guys. It is just how the game has developed and become so much more fast paced.  And in the CBA, there were a lot of older guys, late 20’s, early 30’s playing. Today, in the G League, there are far more younger kids in their early 20’s playing.

How has the Sioux Falls Skyforce become the longest tenured minor league basketball franchise in the United States?

We have the best fan base for minor league basketball in the country. They truly have carried us. We’ve always had really good staffs that have worked hard to sell our product. But not only that, they care about the team, organization and what we have stood for. We have survived some hard times, even recently. But without the dedicated fans and great staffs throughout the years, none of this happens.

The Skyforce was a destination for players in the CBA. It is still a place players want to play in the G League, as well. Why is that and how, with so many changes, has that not changed?

We take care of our players, then and now. But also, guys like playing in front of fans, and we’ve had great crowds throughout the years. Those are big reasons why Miami and Sioux Falls were so compatible (before the single affiliation).  The HEAT has truly embraced us and brought some excellent talent. Along with a shared philosophy and belief in the culture that’s been built. When you invest in those things, players will want to come. 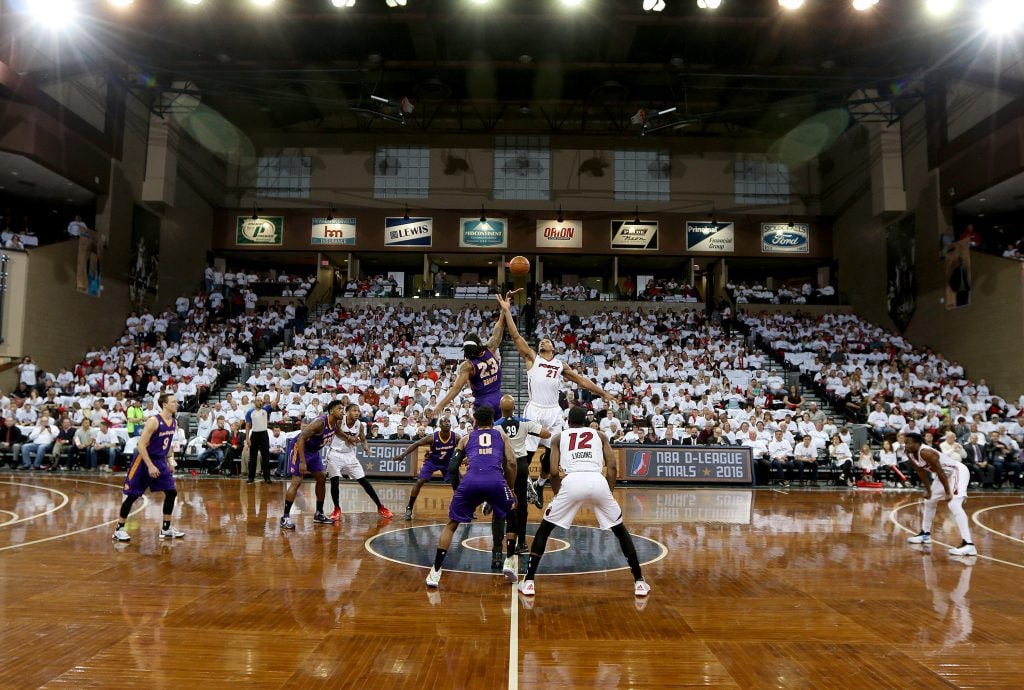 Why do you think, despite a different time zone and over 1,500 miles apart, the HEAT and Skyforce have worked so well?

Our cultures match up well, almost identical. The Arison’s and Heineman’s have a lot of the same family ideals of how to treat employees, staff, players, fans, and business partners. Micky has his son Nick running the HEAT. I now have Mike running the Skyforce. Nick Arison was a student manager at Duke. Mike was a student manager at Nebraska. Both know the basketball and business side of things at a high level. The attention to detail both organizations show is similar, as well.  The number of similarities is crazy, but that is what has made it such a fit, and made that transition of being their affiliate so easy. There weren’t many changes because of how compatible we are.

The Skyforce is not just for basketball fans. It is truly a night of entertainment. How has it gotten to that point? Do you have a favorite halftime act from the past couple seasons?

People come to our games for different reasons. Kids come because they want to see the action and the players. Parents come because they want their kids to have a great time. We have some basketball fans, and some just want to be entertained. Everyone loves a great halftime show. We were one of the first in the CBA and D League to have halftime shows. Many don’t even have them today; they just play music. I would have to say Quick Change is one of the biggest acts we’ve ever had. They were doing NBA games on a regular basis.

I really am excited for it. Between COVID and having an eye issue, I wasn’t able to make it to many games. I was able to come to a few games at the end of the season. I am healthy and ready to be in the stands to help cheer on the Skyforce.

How does the Skyforce continue to make an impact in the community of Sioux Falls?

The more events and appearances in the community, the better off everyone is. We need to be seen outside of the arena. Some people don’t get the opportunity to come to a game. Kids look up to these players. It’s important we continue to be a part of things that make a genuine impact in the city of Sioux Falls. 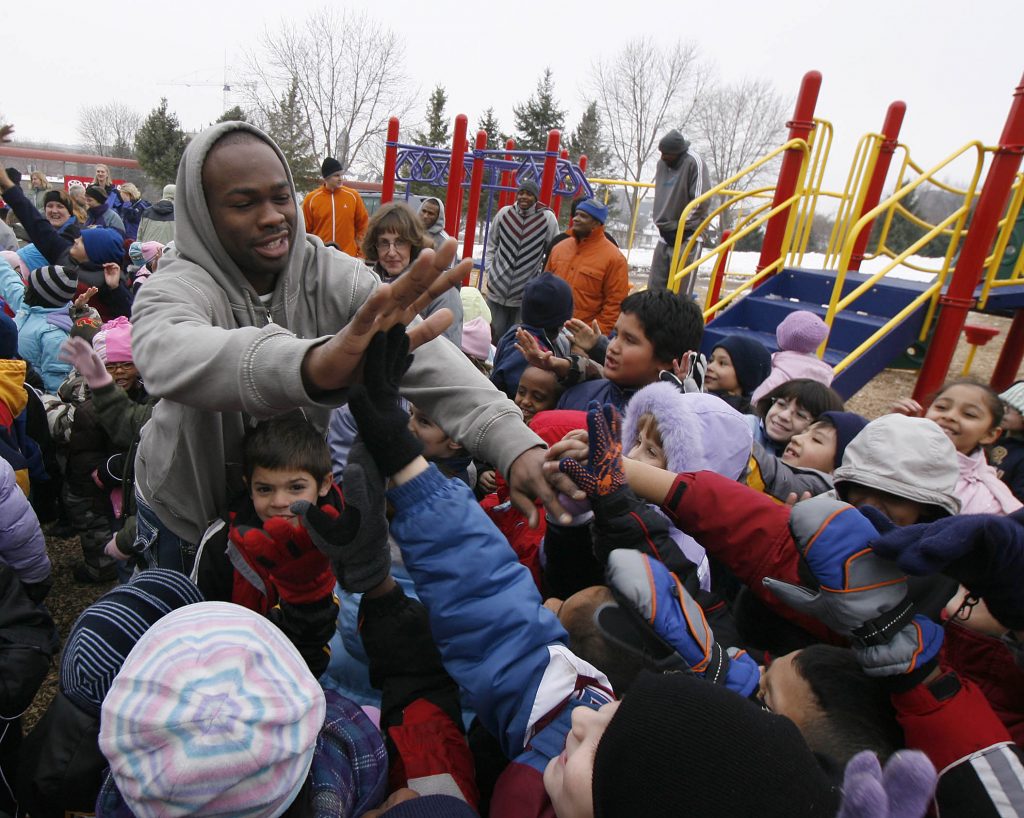 What do you think the future holds for the Skyforce?

Between the HEAT and the Skyforce organizations, we will do everything to continue to make it the best experience in town.  The future is only up from here, especially with how the G League is changing for the better. The more teams invest in their teams, the better it is for everyone. It’s exciting to think about what the future holds for the organization.