Next, Bill Maxwell will be nominated by the Sioux Falls Skyforce to the naitonal Jr. NBA Coach of the Year committee, where a list of 8 semifinalists will be chosen on June 11. During Coach Appreciation Week July 12-18, 3 finalists will be selected via an Executive Voting Panel, Social Media Fan Vote, and a phone interview. The week of July 19, the national Jr. NBA Coach of the Year winner will be announced via social media.

The 3 finalists will receive a $2,500 grant to support the coach’s youth basketball organization.

The winner will receive an additional $2,500 ($5,000 total) grant for the coach’s youth basketball organization.

Read more about the Skyforce’s Jr. NBA Coach of the Year Bill Maxwell! 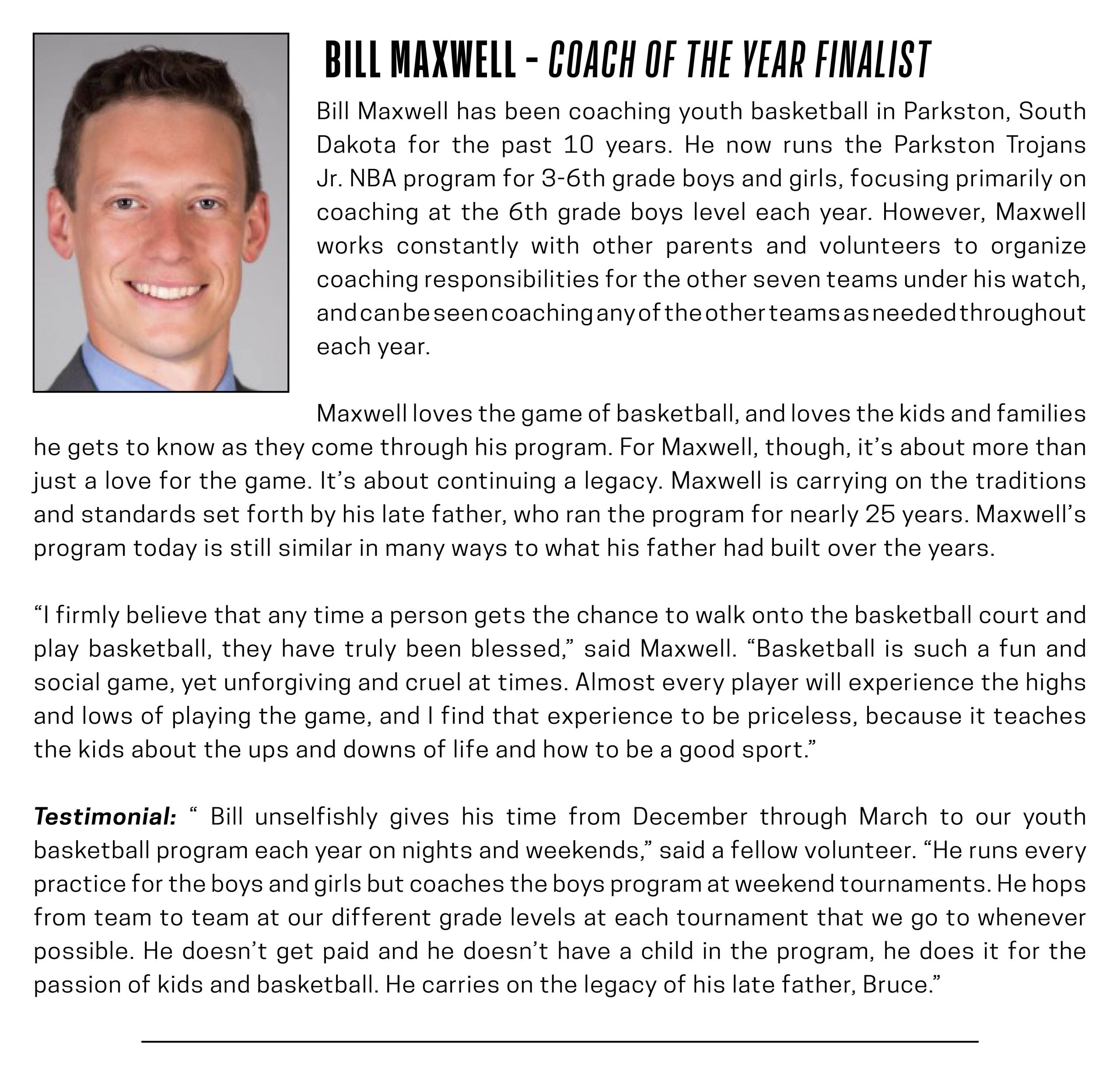 The Sioux Falls Skyforce are proud to celebrate youth basketball coaches in combined efforts with the NBA & Jr. NBA! The Jr. NBA Coach of the Year program recognizes coaches that honor the game by demonstrating leadership and integrity, exhibiting a positive attitude towards all players, coaches, parents, and referees, and creating a lasting impact on young people both on and off the court.