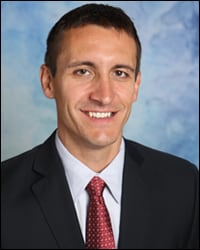 Mike Heineman, entering his 20th season with the organization, serves as the owner/president of the Skyforce. He is the son of longtime Skyforce owner, Greg Heineman, and oversees the day-to-day operations of the family business.

Heineman joined the franchise during the 2000-01 season and assisted with game operations and marketing. The following season he became more involved with corporate sponsors, game night entertainment and continued to oversee the marketing of the long-standing franchise. He also played an integral role in the franchise’s move to the NBA Development League after 17 seasons in the Continental Basketball Association.

A native of Sioux Falls, S.D., Heineman graduated from the University of Nebraska-Lincoln in December of 2000 with a degree in Marketing. While attending UNL, he served as head student manager for the men’s basketball team.

Mike and his wife, Susie, reside in Sioux Falls with their children, Will, Zach and Hannah.