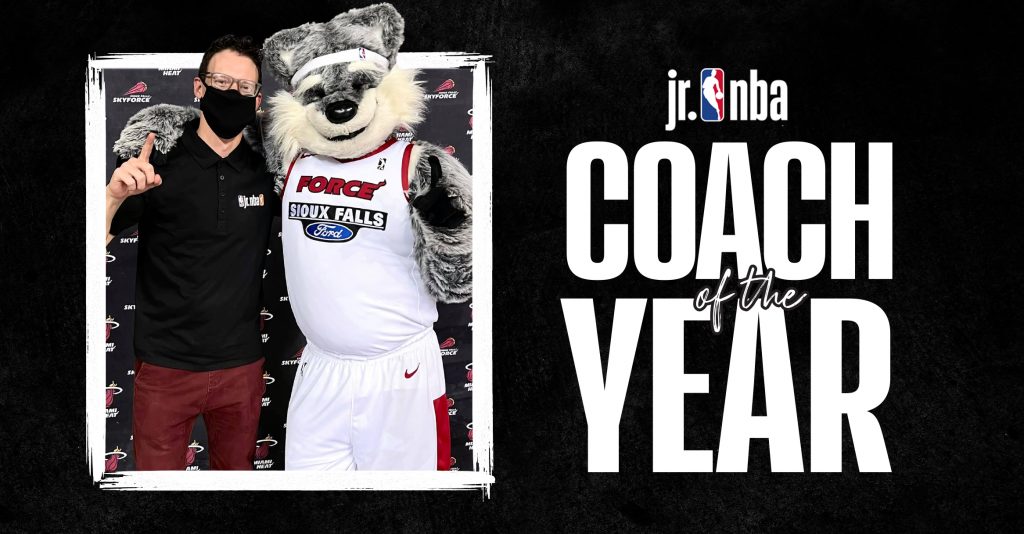 The Sioux Falls Skyforce are proud to celebrate youth basketball coaches in combined efforts with the NBA & Jr. NBA! The Jr. NBA Coach of the Year program recognizes coaches that serve as a mentor by demonstrating character, leadership and integrity, create a culture that encourages character development, and uses basketball as a tool to address mental health and social justice.

Any youth basketball coach who coaches kids ages 6-14 is eligible. 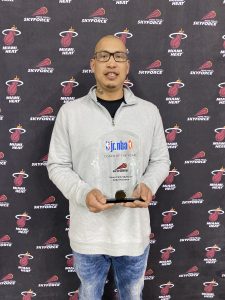 The Sioux Falls Skyforce 2022 Jr. NBA Coach of the Year is Joe Pay Pay Jr. Joe is the coach of a 5th grade girls team, the Slayers. His impact comes on and off the court. While he’s dedicated to helping the team win and progress the players skills, he forms a connection to earn their trust that allows him to help his players through tough times by solving conflicts and creating growth. 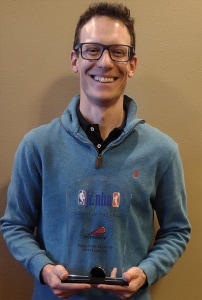 The Sioux Falls Skyforce 2021 Jr. NBA Coach of the Year was Bill Maxwell. Bill was recognized as a national semifinalist by the Jr. NBA for his outstanding work in the Parkston community, coaching 3rd-6th grade boys and girls teams for the Parkston Trojans Jr. NBA program. He carries on his late father’s legacy, who built the program for 25 years. Bill volunteers his nights and weekends every year from December through March being with the kids every step of the way.